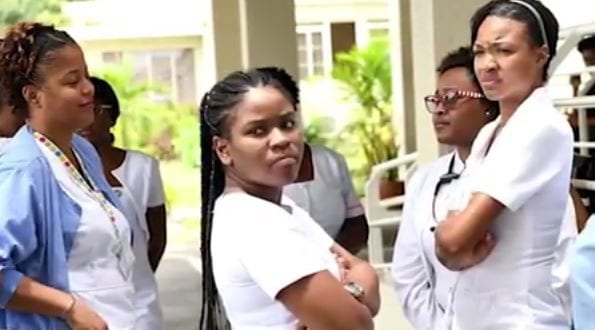 There are growing concerns about the many nurses who have been tendering resignation at the University Hospital of the West Indies (UHWI) after it was reported that close to 100 tendered their resignations last year.

A source at the hospital revealed last week that approximately 88 nurses resigned, and this has caused significant strain to be on the remaining staff at the institution.

Sources revealed that the X-ray department lost eight highly experienced radiographers to the UK in 2019 and more are set to go leave early 2020. The X-ray [department] is not like it was before. Patients are waiting much longer for attention as a result”.

The hospital’s Chief Executive Officer, Kevin Allen said on Friday that, while he was not in a position to confirm the figure, it was not uncommon for scores of nurses to resign from the public hospital.

“Nurses come and go all the time,” Allen said. “It’s a labour of love. We can’t compete with the US, Canada, the UK, and the latest one that is opening up now is Germany.”

He said the hospital resorted to recruiting as much new graduates as possible when they leave the nursing school.

“But, yes, we have nurses resigning every month”, he added. At any given time, we have employed about 750 to 780 nurses,” this suggesting that if the figure is 88, it is not a rear thing that happens.