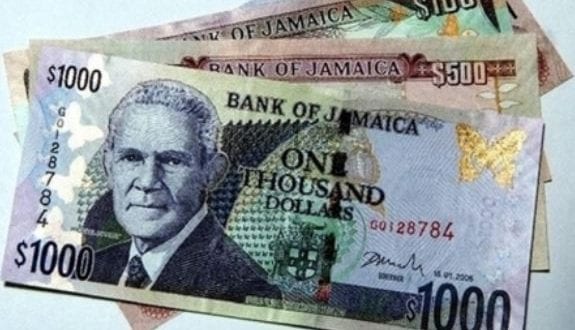 [Sharingbuttons] Demetrius Tucker found $170,000 on the roadside near the Market Place on Constant Spring Road on December 19.
After he did an investigation, he found the person who lost it 2 days after and returned all the money.
Advertisement

“I went over there, looked at it and I said ‘wow!’ When I took it up, what was going through my mind is ‘what if someone left it here for me to find it and is watching what I’m going to do’. I started looking around to see if anybody looked puzzled. I was there for about 30 minutes with the money, not seeing anyone raising any alarms or anything,” Tucker said.

He went to review the security footage to see who lost the money, he wanted to tell his superior, but he wasn’t in the office. He still found a way to tell him that he had found the money. He didn’t count it, he kept it in the bag.

The 28-year-old guard thought about how he would figure out who the money belonged to if he didn’t know how much money was in the bag. He then realized that he needed to authenticate the stories he would here from persons who would be questioned about the money.

One day passed and no one came to claim the money and Tucker thought about the many important things the person who lost the money could have wanted to do with it. He could decide to keep the money, but he wanted to give it to the owner.

On the second day a guard from another location said a man reported that he lost money. The guard looked at the footage saw when the person came out of a vehicle at the spot and saw that the bag was seen thereafter they left.

He was sure he found the right owner and he made arrangements to return it.

The owner went to the office, collected the money and he was very grateful, so he gave the guard $20,000.00 out of the cash.