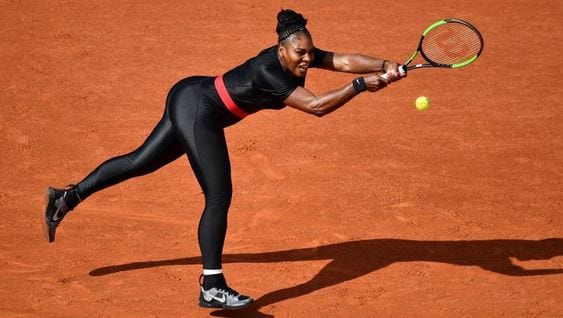 👁️ 352 VIEWS
sharetweetWhatsapp
PinterestDiggLinkedinRedditStumbleuponTumblr
Share
Serena wore a Black Cat Suit when she played at the French Open, but she has critics. Roland Garris chiefs, thought she was “going too far”. Serena was not upset about what he said, she said the outfit made her feel like a ‘Warrior Princess’ and the body hugging suit was inspired by the movie “Black Panther”.

She also referred to the fact that she had blood clots after she gave birth and she needed to wear something that is tight fitting.

She eventually decided that she would wear compression tights the next time she plays. Serena who has been a Grand Slam Champion many times, said she thought sje was free to wear what made her comfortable.

There were persons who complained about the officials going too far. However, Serena is willing to do what it takes, so she will keep on winning as she will be vying to match or exceed Margaret Court’s record of 24 major titles.

She wants to have the first Grand Slam victory since the birth of Olympia her daughter last September.