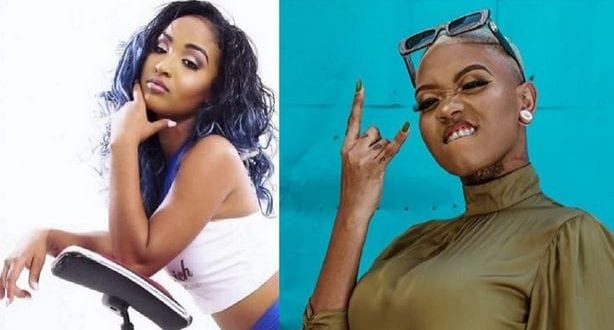 Shenseea failed to respond to Jada Kingdom’s diss track and now she is getting trolled by dancehall fans.
Jada Kingdom is now trending on YouTube with her “Shen-Heng” lyrical attack on Shenseea, Romeich Entertainment top girl; and pushed Spice, Sean Paul and Stylo G’s “Dumplin” out of the local top spot on YouTube as well.

She posted her video on Monday morning and it racked up more than 250,000 views. The battle between the two female dancehall stars started on Saturday night at the National Arena in Kingston, while the artistes performed at the Red Bull Culture Clash event, and now Jada seems to be enjoying her effective lyrical onslaught on her former friend.

Shenseea’s fans have flocked her social media timeline, pushing her to respond to Jada, they love seeing the contention between the two. There are some who gave a 24-hour timeline, they really want to a good response from Shenseea so the war of words can continue.

Some of Sheseea’s fans who came to her rescue, said she was making money moves. They want her to continue ignoring Jada. Others felt that she was being lyrically flogged and could not respond. The Mona High School past student is now being ridiculed on social media. As fans try to keep the lyrical battle going.

Destiny Sparta joined in with a few words as well, saying “mi know yu na tek Jada lik”.
It seems as if, it was Sheseea who started the battle, and this makes it harder for her to back down now.  She is being upbraided now, as fans say she is a troublesome coward. She started the battle with lyrics about Jada Kingdom’s body parts and questioned Jada’s claim to fame, and after Jada clapped back, she has gone cold.

Fans are now looking at the photos of Shenseea on social media and leaving many comments about the need for new photos, saying she is using old photos, like the one with her and French Montana, to get the fans to shift their attention away from what happened at the event.

Previous The Lady Who Rides a Bicycle to Work Everyday.. She Explains Why [Video]
Next Dancehall artiste Stylysh Involved in Serious Accident