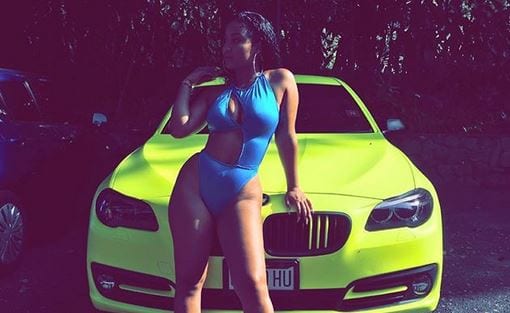 Shenseea comments that her Pum Pum fat like Romeich’s face

Shenseea is turning heads again with regards to she and her manager’s relationship, despite denying being a couple from the get go the two have managed to throw sexual jokes at each other on social media over the years. The two is also yet to come public with a different spouse of their own.

Mixed reactions over her comments on IG, some are with it while others have not so nice things to say.

Couple Months ago during a dance off between Shanseea and a female, Romeich was on stage and she said,” A my man…ager yu wan tek weh? She acted as though she made a mistake, but the cat was let out of the bag.