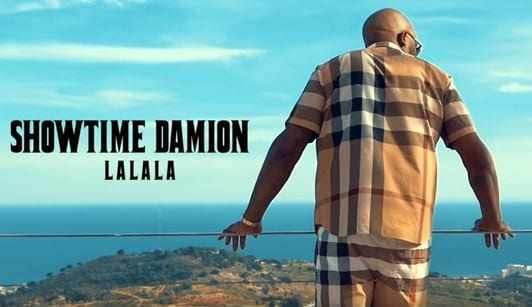 Last month Foota Hype shared a snippet of the single during one of his popular Instagram live sessions.

“Yo people dem mi tell unu diss, deh yute yah, him name Damion, Showtime Damion him new song name “La La” it bad,” Foota said to his over 9,000 viewers, “This is not an advertisement, i don’t know him… mi never chat to him yet but deh song yah have a feel to it,” he continued.

Damion first arrived on the music scene in 2006, where he quickly cemented himself as an artist not only to be watched but to be taken seriously. With his innate musical capabilities and engaging persona his popularity amongst lovers of good dancehall music was inevitable.

Although his personal journey has had its fair share of challenges, he has channeled these life lessons into his artistry and produced both feel good and gritty street anthems. Showtime Damion has worked with pioneers in the music industry such as GoodGood Records,TMG Records,WonderBoy Entertainment and TG Records.
From 2009 after a brief sabbatical in Jamaica, ShowTime Damion returned to London with a renewed passion for his craft and over the next 9 years released music which resonated strongly with his audience. Songs such as Reality,Wickedest Time,Holiday,Loud and Plain as well as Case Over were all huge hits on the underground dancehall circuit.

In 2016 his song Live Mi Life on the cure pain riddim garnered him his first taste of mainstream success with heavy radio rotation as well as his most viewed YouTube video to date.

For 2018 and beyond Showtime Damion is focused on delivering consistent hits and has started off strongly with the sure to be summer banger “La La”, an infectious ode to good loving. With it’s bubbling beat, tongue in cheek but smoothly delivered lyrics and accompanying sun filled video filmed In Barcelona, Showtime is clearly ready to level up and step fully into his potential. For press kit, interviews and bookings email: [email protected]