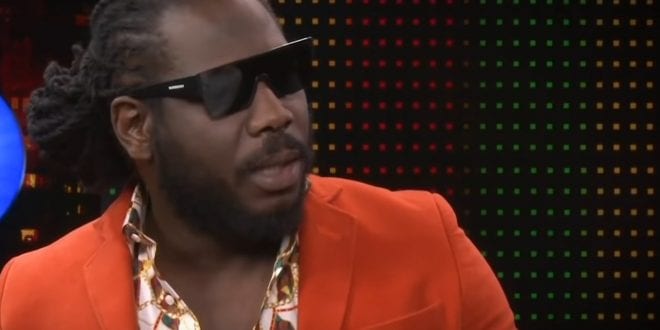 Skatta Explains that “Trap Dancehall” is bad for Dancehall Music

Skatta Burrell had an interview with Winford Williams on OnstageTV over the weekend, he spoke about the Collective Genres of Music that Jamaica has Produced for the Past 60 Years and why we are at a low stage in the music.

60 years after the birth of Reggae, Skatta says a lot of persons are still going out and enjoying themselves locally and there are events that cater to every genre and age group. Even though a lot of people have stopped going to some events because they don’t enjoy themselves as they did before because of the selectors.

They don’t mix the music in the way they did before, if at the end of the night people don’t feel like they got their money’s worth, they won’t go back to an event anymore stated Skatta, who also said, “technology has impacted the way music is being played, the selectors are not going through records and picking out songs, they are not finding the hits and playing the best music.

With the new way in which music is found on laptops, the choice is wider, and the selectors need to find out how to touch people’s hearts with the music they play.

It is said that Jamaicans owns approximately over 330 million consumers worldwide, but we are now sharing our audience with Afro Beats, even though Reggae has been dominant over the years.

Afro beats are being embraced by Jamaicans as well and we are now sharing a platform with Africans, and Jamaicans are not embracing their own culture enough.

A person can stay home and make beats and they are different and trap dancehall is dark and it caters to some audiences, but it can’t compete with what is going on in bigger circles.

The audience for trap dancehall is not that great, but it is enough to feed the artiste Skatta states.

It is hard to tell an artiste that he is not doing well with trap dancehall because he is getting some money out of it. Even though Soca music is now taking over where dancehall used to be.

It is not about the most talented artiste anymore, any man who can get in Instagram and get some followers will do something with music.

Even though trap dancehall is here, it is not able to compete with the very popular Dancehall or Reggae.

The artistes are just talking and playing a little melody and the youth are going for it, but the creative aspect of the music business is being pushed aside.

Trap music is Hip Hop based and Jamaicans might not be able to do music better than the Americans who do Hip Hop. Late 80’s hardcore dancehall was running the place and Jamaicans were achieving international status and since trap dancehall came in with artistes like Vybz Kartel, trap dancehall is rising, and even he had to do a song like ‘Fever’ which is original dancehall to get certified.

Buju Banton’s ‘Trust’ did well because he has a huge following and he is representing just like Spice she represents the hardcore dancehall beat. These two artistes are out front, and they are the ones who are running the place, Burrell revealed.

He feels offended when he goes abroad and hears 90’s 2000’s and 80’s Jamaican music playing. The artistes who do trap dancehall are not gaining new fans and he believes Koffee caused people to see that a young artiste can do music that took her to a level of success where no one can touch her. Even though her songs are simple and easy to sing.