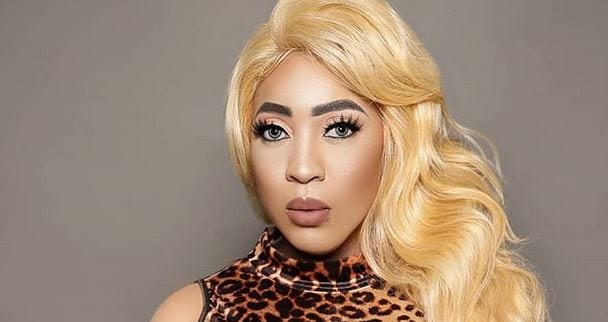 sharetweetWhatsapp
PinterestRedditStumbleuponTumblr
[Sharingbuttons] The Dancehall entertainer, who is acting in “Love and Hip Hop – Atlanta, Spice whose real name is Grace Hamilton has created a buzz on Social Media, because of a photo of her with a new complexion. Her skin is much lighter than normal and her hair is straight, blond and long. She posted the new photo on her Instagram page and removed all her other photos that was there before.

Only her light skinned face was visible when she did an interview and she explained that she does not want to elaborate on her new complexion. She told the person who did the interview that one of her songs on her new mixed tape ‘Captured’ is titled ‘Black Hypocrisy’ and it will explain her new look.

Spice spoke about the Black people who said “She Black eeh” and they also described her in distasteful ways. She said she is trying to please them and she wants to see what they will say now. She also said, she had noticed that the people who belong to the other races did not have a problem with her complexion and she found that strange.
Spice is now using herself as a tool as she tries to help people to understand what will happen if they continue to discriminate based on skin tone.

Since the photo was photoshopped. How did i video shop this on snap chat? 🤣🤣🤣😂. Guess what ? I changed my mind when you wake up tmro my Video for #Blackhypocrisy will be out💙 . Let's start the #BlackHypocrisyChallenge and see who will win 🤣😂🤣. CLICK THE LINK IN MY BIO PRE ORDER MY MIX TAPE #Captured

The mixed tape is now ready for order and some persons are saying the artiste has made a fresh start in life and nothing is wrong. While another person said “It look like the Chinese made a fake Spice”.

The new Queen of the dancehall who was known for her dark skin and blue hair, is using this new image to promote her new music it seems and it is working, people are certainly talking about her a lot.