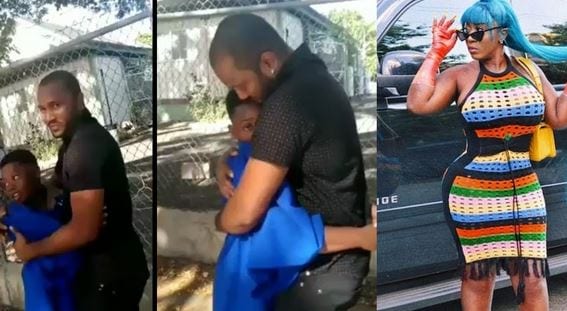 Nicholas Lall is the father of Spice’s two children and he is speaking out because of the claims that are being made about him.

He is asking “what makes a man a deadbeat Dad?” Spice defended her claims on Instagram when her fans suggested better co-parenting between Lall and her; but Spice spoke about damning screenshots that were sent to her son by his father and said she had to seek counselling for him because of the effect it had on him.

It has been 3 years since allegations have surfaced, he has been accused of being a deadbeat Dad and now he is saying there is no truth to the statements that he has been hearing.

The father of 4, who has 2 children with Spice, decided that he didn’t want his son to be bullied when he went to his new school, so he is speaking his truth.

The story about his son receiving counselling broke his heart and he said it was the straw that broke the Camel’s back and he started talking.

After 3 years, Lall went to his son’s prep-school graduation and surprised him and he had to try hard not to cry. He knew about the graduation because his son called him with his own phone and told him.

His son’s mother was absent but his grandmother, his sisters and his aunt was also there. He made posted graduation photos on his social media page and the deejay saw them and poured out her anger on him. She wrote posts about the fact that he offered no financial support and he did not deny it. He only said his love for his children came from his heart and not his pocket.

Lall said his son’s sister also greeted him warmly at the graduation. He does not want to be; seen as the enemy, because he ran a business when his relationship with Spice began, but he gave it up and became her manager.

He did almost everything for her before he decided that he wanted to have a career of his own and went to study abroad. He has not been earning, but he said he would send money for his children if he had a way to contact Spice. They went their separate ways in 2016.

Lall would like to speak directly to Spice, to see if he could put an end to the animosity, but it is not possible at this time.