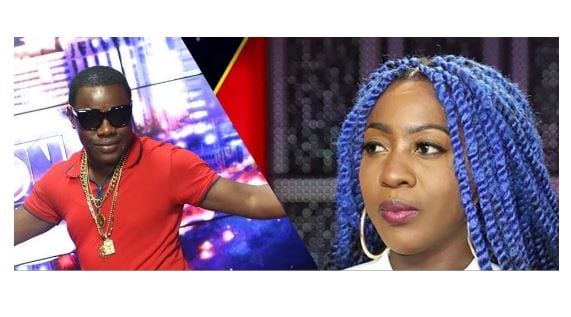 SPICE GETS THREATS FROM MC NUFFY FOR THE NEW YEAR

Greetings and salutations for the new year firstly blessings and prosperity for the 2019. Last weekend, in a most riveting IG live from dancehall star Grace Hamilton more wildly known as Spice, brought quite a few entertainment industry players under fire for various transgressions.
[Sharingbuttons]

She expressed full regret on collaborating with D’Angel and claimed to know some intimate details of broadcaster Nikki Z’s personal life.

In response to the jaw dropping allegations, the selector plans to take the matter to court.

“My intention is to sue her straight up no joke, things like dem yah damage people career and imagine and mi nah go make she get way wid it. Not only do I have the intentions to pursue this thoroughly, she a call me drug mule, seh she going to call immigration and that I’m a paedoephile. Where’s the proof? You know me as nuh jailers or hear me name a call up pon nuh Pinckney thing me nuh run dem joke Dey.”

“Spice bigger than me right now. She’s on top of the mountain and can say anything. But she need to set example. Is not a regular ‘he say or she say’ sting type thing. This beyond the entertainment industry. It’s a serious matter, so make spice know seh mi a sue har fi defamation of character “

Since the video went viral , NUFFY said that he has been on the receiving end of the negativity and backlash especially from the diaspora.