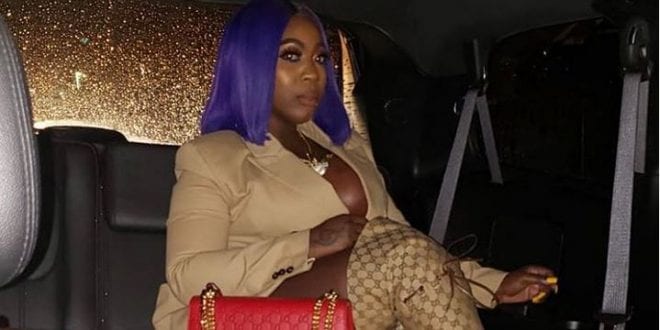 She announced the great news on Instagram and told her fans a big Thank You on February 11.

The popular Jamaican Singjay wanted to be famous abroad and decided to join the cast of Love and Hip Hop: Atlanta in 2018. Since then, she has become more famous and now joins the rank of Vybz Kartel, Shawn Paul and Alkaline as Jamaican artistes who have over 1 million subscribers on the streaming platform.

Her project,” Captured” was number 1 on the Billboard Reggae Albums Chart, and her song about colourism “Black Hypocrisy” debuted at the number one spot on the Reggae Digital song sales chart.

Her 20-year-old career has surely been doing well, now she has her own Record label called “Spice Official Entertainment”.