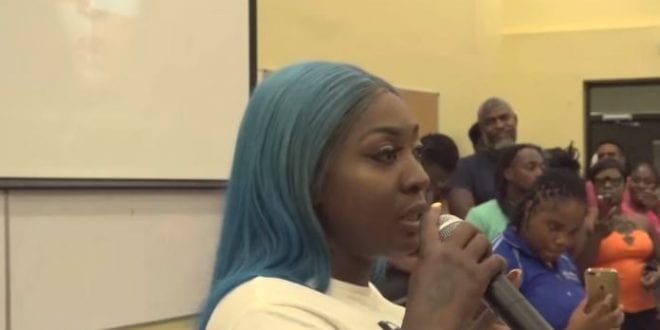 Dancehall queen Spice says the way The Noise Abatement Act is being enforced can be seen as a fight against Jamaica’s culture. “I believe that dancehall definitely needs more time,” she said.

Spice performed at the Campari Pop Style grand finale held at Ranny Williams Entertainment Center in St Andrew, last Saturday night. Which was scheduled to end at 2:00 am, but the lawmen allowed the show to go on for 15-minute more before its completion.

Spice was interviewed and she had this to say, “The 9-to-5 people of Jamaica, they get the entire time from 9:00 am to 5:00 pm, and there are pharmacies that open at 10:00 am and other businesses that people go to from morning to afternoon. As such, you can’t expect them to go to work and come back and have a little nightlife within two hours. That’s impossible.”

She also spoke about the tourists who visit the island to enjoy the music and parties and how the Act will affect the revenue of the Government.

Dr. Horace Chang had also promised to look at the matter again, but he has not said anything more about it for a while.

Dance promoters decided to launch the ‘No music, no vote” campaign during summer and made their opposition to the active public.

Outdoor entertainment events must end by 12 am during the week and 2 am on weekends, the act states. Many High-profile dances were affected by the Noise Abatement Act.

Prime Minister Andrew Holness responded to them, he stated that he wanted promoters to respect the law and the citizens whose rest is disturbed by sound systems.

Spice has been doing well as she recently started hosting a new talk show “Spice it Up” and she has new music out. She is also a cast member on Love and Hip Hop: Atlanta in the US.

Previous Two suspected hit men are dead After they Killed a Man in St. Ann
Next 220 Pounds of Trash Found in dead Sperm Whale