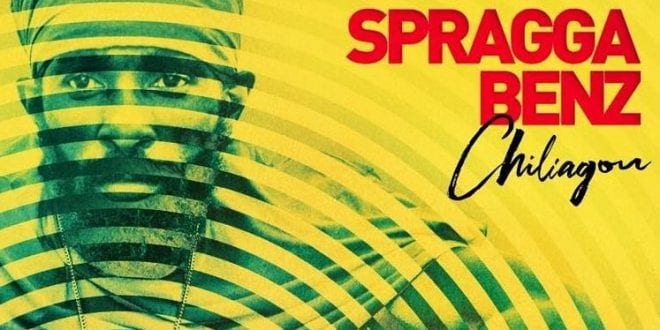 Acclaimed Jamaican Dancehall pioneer Spragga Benz releases CHILIAGON (Easy Star/Buttercuts/Red Square Productions) today September 27th. His first album in nearly a decade, CHILIAGON arrives as a seminal work from one of the most influential artists of the Dancehall movement.

Featuring some of the UK’s most groundbreaking and celebrated talent across Grime, Hip-Hop and D&B plus international phenoms such as Sean Paul and Agent Sasco, CHILIAGON is not only a celebration of culture, music and legacy but a musical lesson of roots and riddims. The 15-track album itself features the likes of Tanika, General Levy, Rodney P, Killa P and Harry Shotta as well as productions from Cadenza, Toddla T, JAMirko, Sukh Knight and Zed Bias making it a diverse kaleidoscope of infectious beats.

Kingston-born Spragga Benz rose to prominence in the early ‘90s with a number of underground hits that would help define the Dancehall genre. His Jamaican success led to a major label deal and diverse crossover collaborations including game-changing parings with KRS-One, Wyclef Jean, Foxy Brown, Pras, Stephen Marley and Damian “Jr. Gong” Marley. His appearance in the cult-classic Jamaican gangster film Shottas further elevated his reputation as an iconic presence who mindfully represented the entire reggae culture, inspiring a generation of upcoming artists, actors and film-makers.