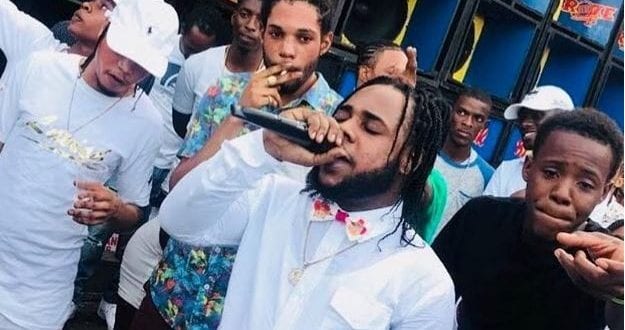 Deejay released after five months SOE lockdown, It was all about celebration yesterday for the dancehall DJ Squash, AKA Six Boss, after he was freed from police custody after spending five months in lock up.
[Sharingbuttons]

One of the producers of the One Time Music, who played a fundamental role in the MoBay-based entertainer’s release, told sources that it was really important that Squash got out because he was losing out on his bookings.

“I think the team was just fed up of the whole fight he was receiving, and the only way to go about it was to play the game they gave us to play. Turns out that all he needed was good legal representation,” the producer said.

He continued to say that,

“We just cooperated with the legal system. Now, we are happy the DJ is out. Much thanks to the legal services. We welcome home Six Boss, and the team is ready to do more work as the music is doing good. The streets needed his presence.”

Squash, who’s given Andre’ Whittaker, was being held under the Emergency Power Act.

He was reportedly taken into custody on August 8 during the state of emergency in St James.

The entertainer was released yesterday, one day before January 31 end of the state of emergency. This was after acquiring the services of prominent attorney at law Tom Tavares Finson.

Despite efforts to obtain comment from Tavare regarding the artiste’s next move or legal action, we were informed that the lawyer was in a meeting and was unavailable to provide an answer.

“ Me artist out today. Can’t even say free of charges, because there were no charges. He was only detained. They (the law enforcers) used the state of emergency to hold him, and it was a long time to hold a person with no charges.”