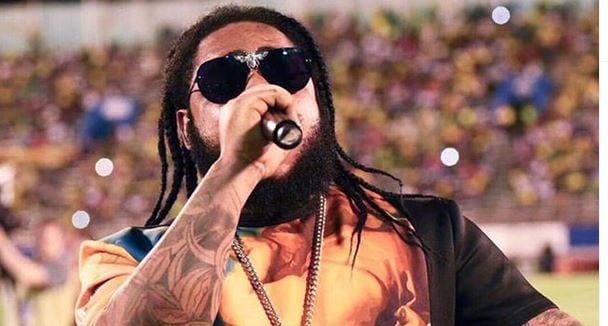 Squash Going for a Grammy Award

Share
[Sharingbuttons] Dancehall entertainer Squash the 6ix Boss says he has been busy in the studio for the past month putting on the final touches to his debut album.

In a recent interview with the Jamaica Star Squash said “The album needed that dedication,” and he also said he stopped social media interaction because the album is very personal for his loyal 6ix fans at this time.

Andre Whittaker, aka Squash also revealed that he is targeting the Grammy’s with this album, which is titled “Mr. Whittaker”.

The album is a joint venture between VP Records and 6ix Real Records. Getting the album up to Grammy standard and waving the flag and the culture of Jamaica high is what Squash wants to do.

There are at least 14 full length tracks and songs that will appeal to a variety of markets on the album.

The hardworking dancehall artiste Squash also took time out to congratulate Koffee, the 19-year-old Jamaican who won the Best Reggae Album award for her Rapture EP in January at the 62nd Grammys.

However, he is not focusing on what category Jamaican music falls in, Reggae, Dancehall or Trap Dancehall it is all coming out of Jamaica and for him that is all that matters.

The inspiration for the album came from his brother, G-Man and his fans too.

He also said none of the tracks were released and he thinks the name of the album “Mr Whittacker” could make a statement.

Meanwhile, the 6ix Boss also said a big part of his inspiration is his contribution to the genre with modern dancehall sounds.

The album will only have brand new music from him and some other artistes. There will be a combination of Afrobeats, Hip Hop, dancehall trap and authentic Jamaican music.

It was rumored that the British Rapper Steflon Don could be on this new album along with collaborations with Daddy1 and Chronic Law, members of the 6ix, but Squash wants to hold on the names to bring the element of surprise as well.