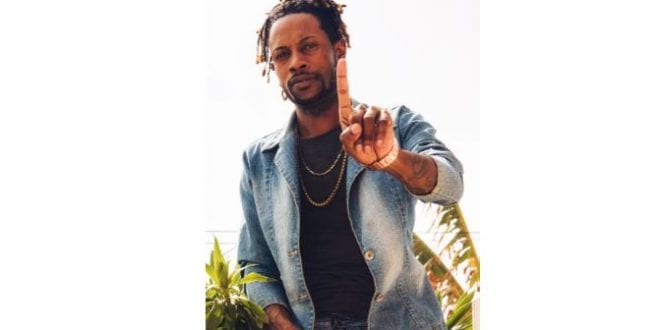 Star Prynce Touted As Next From Portmore

Fast rising singjay Star Prynce is being touted at the next star from the sunshine city by many musical pundits. The singjay, who was recently singed to Sweden based record label Calose Productions has been garnering much attention since the release of his latest single and video entitled Never Forget. The single is currently enjoying radio rotation on local and international platforms but according to Star Prynce he is not surprised by the overwhelming response.

“From the moment i wrote the song i just had a gut feeling that this song would be different from my previous releases and so far that is exactly what i am experiencing. Promoters, producers, radio deejays and fans are reaching out to me daily and i must say thanks to my team for always believing in me and giving me the support. The sky is the limit for 2019 and beyond” Stated Star Prynce.

The young singjay who describes his style as “world music” says he intends to make his musical mark without the eccentrics practiced by many of his musical counterparts.

“I am here to do good music, world music, i am not into the drama as i view myself as a leader so i must stand for substance and be a positive role model to the youths. I am the ghetto youths governer so i have to teach, uplift and entertain the youths and in the process show them that their is always another way out apart from the gun” stated an impressively eloquent Star Prynce.

Currently Star Prynce is working closely with Sweden based record label Calose Productions to craft an international audience as well as several local producers and music professionals. The video for his single entitled Never Forget was recently released internationally.