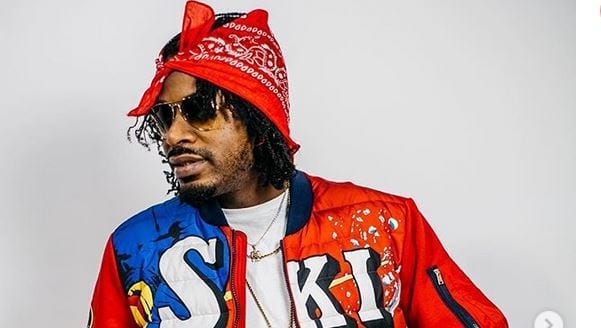 Dancehall artiste Govana has collaborated with reggae singing sensation Tarrus Riley. The New track, Unanswered, has been dubbed an ‘Unlikely’ collaboration by many listeners who had a hard time visualizing the pair on a song, until now.

This song has been getting some good feedback since it’s released, with many listeners describing it as a potential hit and suggesting that the two artistes may have found a winning combination.

Speaking with sources Govana described the link between him and Riley as “magic”. He explained that at the time he decided to get Riley involved, he felt the song needed “Something smooth”. He found that in Riley’s sultry vocals.

“The idea for the collaboration was mine, as I’m currently in the process of releasing my debut project. I recorded probably 70 percent of it at the time when I linked up Jordan (McClure of Chimney Records) and told him I wanted him to produce a track with me and Tarrus, because I wanted something smooth for the ladies. He reached out to Tarrus and told him the idea, we linked up at the studio and the rest is magic”. He said.

McClure described the collaboration as one fostered by the coming together of two musical greats.

“Tarrus is someone we have always has great chemistry with musically and he’s also a great friend of mine. Govana is also someone who we’ve has chemistry with, especially recently. Both are great artistes and when Govana mentioned the idea of doing a collab for his upcoming project ‘Human And Monsters Are Not The Same’, it was simply a no-brainer, great talents all working together to achieve a similar goal.”

Unanswered is a love song of sorts and with very few songs of that nature coming out of the dancehall sphere, both entertainers described the song as something that was needed.

The duo also believe the track has crossover potential.

“I do think the song can cross all borders and that’s what Jamaican music does, it appeals to the world. Sometimes a di melody or ridding, or just the energy,” said Riley.