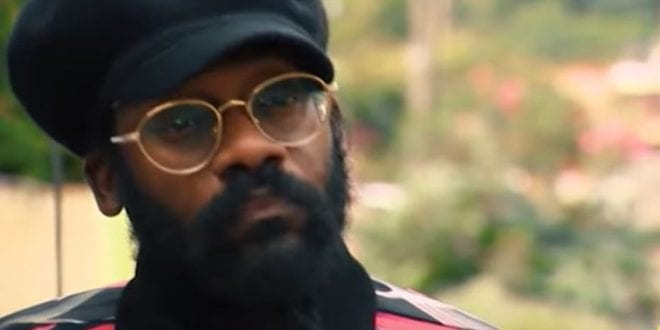 Last Friday was the most recent episode of Entertainment report and they had iconic reggae dancehall artiste Tarrus Riley on the show. Riley talks about the possibility of signing with a major deal and why he have not done so as yet.

One of Jamaica’s stand out international artistes over the last 10 years, every year Tarrus Riley seems to get a hit, his new style “roots music with a likkle peppa” explaining that he’s going back to the roots but adding his own new flavour to it.

“music is a unity thing enuh” Riley explains that he likes to collab with different musicians whether it be artistes or producers, “you cant tell what music is going to do until you put out the music” stating that his music comes first then business after.

Tarrus explains that in the music industry “people we yo think like yo don’t really like you enuh” telling his experience and not taking things personally, the reggae singer also explains that sometimes people fall out over the smallest things in music.

About his new upcoming Album, “dah album yah a one a the wickedest album mi eva duh, and when mi put it out it gonna be one of the best album in reggae music and that’s not bragging”. The upcoming album might be a joint project but he’s not willing to state as yet, with who it will be.

He was later asked about his fall-out with Anthony B a couple years ago at Rebel salute in St. Ann, Jamaica.

When asked about life after the original fire-man incident, Tarrus answered asking “Who?”, when asked the same question again he said “it look like it a bother me?”, insighting that he have moved passed that fallout long time ago ” i don’t like when people try to get into the way of me doing my work”, “mi nuh focus pan artiste” He went on to conclude that Capleton and Sizzle are the bobos leading the pack and that he made 3 hit songs since then.