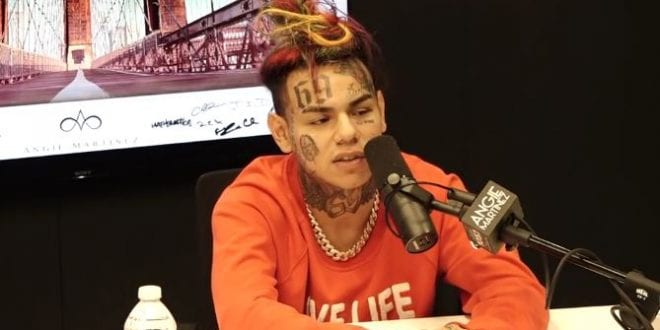 Tekashi 6ix9ine Too Dangerous to be Released Say’s the Judge

sharetweetWhatsapp
PinterestRedditStumbleuponTumblr
[Sharingbuttons] The judge has decided to keep 6ix9ine behind bars because he could bring harm to the community, whether he is confined at his home or not. It is alleged that Tekashi was involved in a robbery and a stolen back pack along with an AR-15 was found in his possession. The judge believes he is dangerous because he will give out orders to commit robberies by telephone.

Tekashi is now detained at Brooklyn’s Metropolitan Detention Center, it has been reported by the security personnel at the prison the center is the men who are there are extremely violent and they are escape prone also.

The police is concerned that they would not be able to keep up with 6ix9ine’s cell phone activity if he was not in prison. No one knows when he will be released as yet.