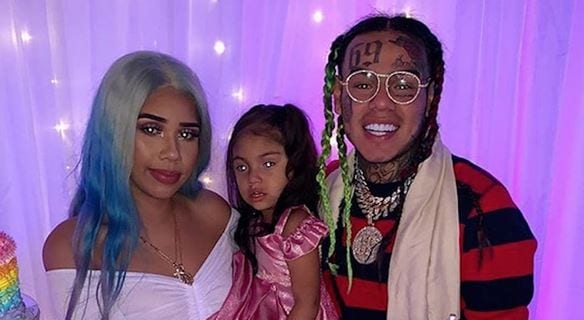 3
SHARES
sharetweetWhatsapp
PinterestRedditStumbleuponTumblr
[Sharingbuttons]It is alleged that Tekashi 69 whose real name is Daniel Hernandez, snitched. He decided to plead guilty to all 9 counts against him and cooperated with the feds. It is possible he is trying to reduce the number of years he will spend in prison.

His baby’s mother said she is disappointed because of all that is happening with Tekashi 69. “Just 1 year of fame and everything has gone so bad, so many men got into this ugly situation”.

He only thought about himself when he got involved with the gang, she says she won’t allow him to see his daughter if he comes out of jail and asks to see her, as she believes it is her duty to be a good mother and protect her daughter.

After being with the rapper for 7 years, she feels scared because of what is happening now.