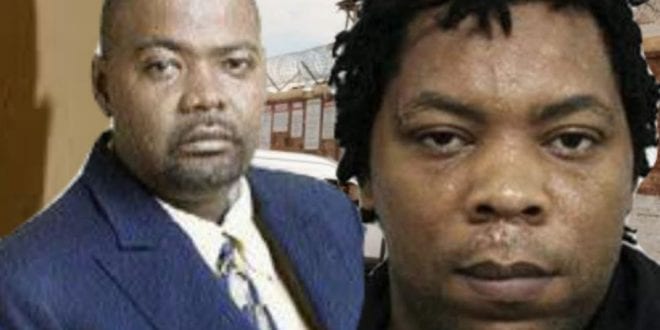 Tesha Miller who was accused of ordering the 2008 murder of the chairman of the Jamaica Urban Transit Company, Douglas Chambers, was found guilty moments ago in Kingston. The ruling was made today December 3rd in the Home Circuit Court by a seven-member jury which consisted of 6 females and 1 male.

Tesha Miller appeared in court with his attorney Bert Samuels.

Miller was charged for being the accessory before and after the fact to the Murder of Douglas Chambers to which he has been found guilty.

A self-proclaimed former member of the Spanish Town Clansman gang testified during the trial and revealed that Miller ordered him to create a diversion after the killing was done when he and other men met with Miller that day before the crime was committed.

Miller was also identified as the leader of the gang by the witness when he outlined the hierarchy of the gang.

The star witness said he played the role of an area leader before he was incarcerated for the murder, he committed when he was a member of the gang. He also said he carried duties on behalf of Tesha Miller, these duties included killing, extortion and robbery.

The witness who told the court that he wanted to put an end to the violence in Spanish Town, said he was a member of the gang since he was 13-years-old, he is now 29-years-old and 13 members of his family were killed in 2 years period between 2013 and 2015, because of the action of gangs.

Justice Georgiana Fraser last week ruled that Tesha Miller, even though his attorney, Bert Samuels made submissions to have the case thrown out.

Samuels had said the prosecution’s only witness was not credible, as there were differences between the testimony he gave to the police and the one he gave in court.

However, even though the witness cannot be named because of a court order, the prosecution said the witness was rational and cogent, as his statements made sense. In handing down the ruling, the judge said the issues that were raised by Miller’s attorney were matters of fact on which the jury could decide.

A senior deputy director of public prosecutions urged the jury to believe the testimony of the Crown’s star witness, who claimed to have once been a member of the Spanish Town-based Clansman Gang.

The rumoured Spanish Town don “Tesha Miller” will be sentenced on January 9, 2020.