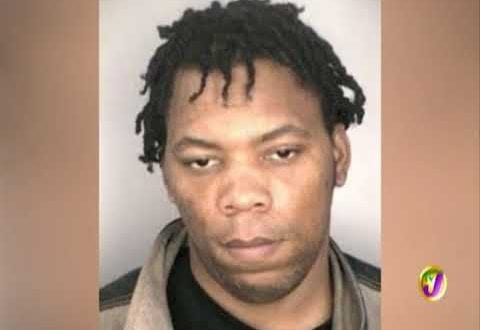 sharetweetWhatsapp
PinterestRedditStumbleuponTumblr
[Sharingbuttons] Spanish Town strong man Tesha Miller who was accused of ordering the 2008 murder of the chairman of the Jamaica Urban Transit Company, Douglas Chambers, was sentenced to 38 years and 9 months. The ruling was made today January 9th in the Home Circuit Court, Miller was earlier found guilty by a seven-member jury which consisted of 6 females and 1 male.

A self-proclaimed former member of the Spanish Town Clansman gang testified during the trial earlier and revealed that Miller ordered him to create a diversion after the killing was done when he and other men met with Miller that day before the crime was committed.

Miller is expected to leave prison when he is 77 years old.

Watch the full report below