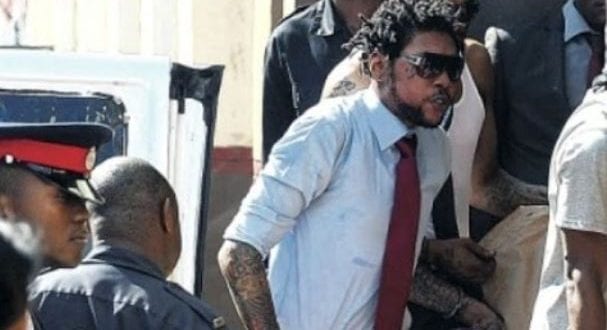 Vybz Kartel whose given name is Adidja Palmer has been incarcerated ever since he and his co-accused who are also in prison, were found guilty for the murder of Clive “Lizard” Williams.

His lawyer Rodrick Gordon gave an update on the current state of the case during an interview recently.

He was reminded of how he had said he was expecting a response from the judges who are reviewing the case in 10 months, but it has been over a year and nothing is being said.

He then explained that it is hard for the judges who still sit in courts daily, to go through 10000 pages of written testimony and oral hearing so they can decide on a verdict.

Each judge will be giving his own judgment after all the evidence has been reviewed and added to that there is allegations of tampering with the evidence that needs to be proven and there is a case against a jury who was allegedly bribed.

He said he was willing to take the case to the Privy Council if the Court of Appeal in Jamaica doesn’t hand down the verdict he wants to get.

He is now hoping that there will be a new verdict be Easter of next year as the Court take a break at that time, but if there is no judgment by then he is thinking of December 2020.