Jamaica is known as the “Pearl of the Caribbean” and Jamaicans are very talented, and this has caused some of them to become millionaires and billionaires over the years. The top 15 most famous, richest Jamaicans are listed here, however, if you have an addition you would like to make, you can let us know in the comments.
[Sharingbuttons]

His tips for getting rich include making decisions based on sound intellectual framework, having the ability to control our emotions and having access.

2. Gordon Butch Stewart holds the number 2 spot with a Net-worth of US $1 billion. He is chairman of Sandals International, the Jamaica Observer and the companies under the Appliance Traders umbrella. At age 12 he borrowed his father’s fishing boat and made his first catch of fish and sold them before he transported persons from their yacht to the harbour.

3. Usain Bolt holds the number 3 spot with a Net-worth of US $90 million. He was born on August 21st, 1986 to Wellesley and Janet Bolt. He quickly became one of the most talented young sprinters in the world. Bolt is One of the highest-paid athletes in the world.

He won more than 5 Gold Medals and 2 silver medals at the Olympics. He is the first person to hold records for both 100m and 200m at the same time at International competitions. He earns approximately $US 20 million per year. 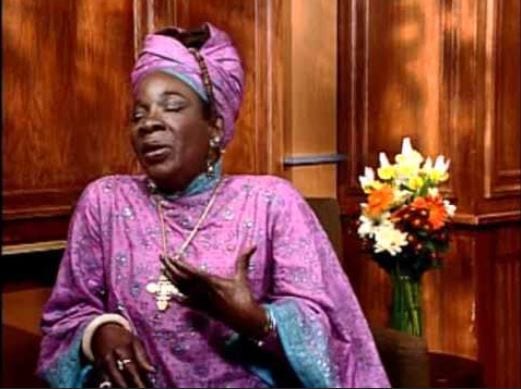 4. Rita Marley holds the number 4 spot with a Net-worth of US $50 million, In 2004 her autobiography “No woman no Cry”, my life with Bob Marley was released. She and Bob Marley fell in love in 1966 after they met because of their love for music. She turned Bob Marley’s home into a Museum after Bob’s death. She also developed the Bob Marley Foundation to assist the less fortunate people in developing countries.

5. Levi Roots holds the 5th Spot on the list and has a Net-worth of US$46 million. He was born in Clarendon in June 1958 and he was a friend of Bob Marley. He was a participant on the TV Show “Dragons Den” and produced his Reggae-Reggae or Roots Reggae Sauce, a Jerk Barbecue Sauce. His Levi Roots Reggae-Reggae Cookbook was published in 2008. He performed at Mandela’s Birthday event “Happy Birthday Mr. President” event in 1992.
He wanted 15,000 pounds from the Dragons to turn is sauce into a big business and found success.

6. Paula Kerr-Jarrett Wegmon holds the 6th spot on the list and has a Net-worth of $US 45 million. She is an Attorney and a Philanthropist from a wealthy family, who is linked to the rich Kerr-Jarretts Family through marriage. She is involved in the promotion of Montego Bay. She is said to be among the richest women living in Jamaica. They have built over 1200 homes and a technology park. Her Great Grandmother Marion Louise Reece Bovell ran as an independent candidate in a general election, she was the first Jamaican woman to do that. 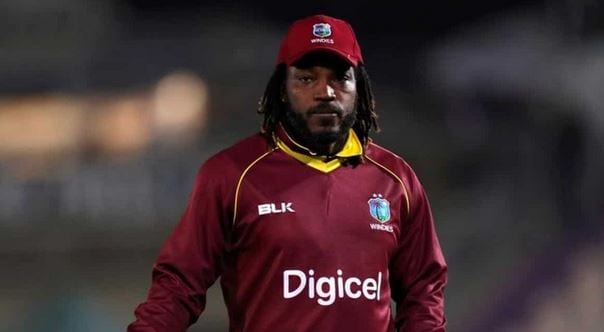 7. Christopher Henry Gayle aka Chris Gayle holds the 7th spot on the list and has a Net-worth of $US 25 million. He is an International Cricket player for the West Indies, who plays domestic cricket for Jamaica and scored 2 triple centuries at test level. He is the only Jamaican cricketer to make the Jamaican millionaire list.

8. Orville Richards Burrell who is known as Shaggy holds the 8th spot on the list and has a Net-worth of US $ 22 million. Born in 1968 to Jamaican parents in Kingston and moved to Brooklyn at the age of 18. He released many popular albums and rose to the top of many charts. He managed to release 3 albums that was certified Platinum and 1 was certified Gold. He joined the US Marine Corps and served in the Gulf war.

His hits include “Oh Carolina”, “Bombastic” and “It wasn’t me”. He says he was raised with the Jamaican culture. He appeared in the Film “Blast”. In 1996 he won a Grammy and he has released 12 studio albums. He was also credited to encourage Tessanne Chin to enter The Voice when she won.

9. Damian ‘Junior Gong’ Marley holds the 9th spot on the list and he has a Net-worth of US $ 20 million. He is the only child for Bob Marley the International Reggae Superstar and Cindy Breakspeare, the beauty queen who won Miss World in 1976. Even though he has many half-brothers and half-sisters. He was only 2-year-old when his father passed away and began singing at an early age, he released many albums as a solo artiste. He has made many hit songs and won Grammy awards.

He is a record producer who has had many songs that were placed on charts, some of his popular projects are “Half-Way-Tree”, “Stony Hill” and “Welcome to Jamrock”. He is now the organizer of the popular “Welcome to Jamrock” cruise that sails from Fort Lauderdale to Ocho Rios and Montego Bay, Jamaica. Reggae lovers from all over the world are enjoying the music at sea as they are entertained by a number of Jamaican artistes.

10. Steven Robert Nesta Marley holds the 10th spot on the list with a Net-worth of US $ 20 million. He is one of the many Marley brothers who got his father’s talent and continued building on his father’s legacy. Steven and his siblings were in the group known as the ‘Ziggy Marley and the Melody Makers’. He has produced studio albums and solo projects with his brothers Damian and Julian. Born April 1972 in Delaware. The album he did with his brother Damian “Educated Fools” won a Grammy. He lives and works in Miami Florida and has his own private recording studio.

11. James Chambers who is also known as Jimmy Cliff holds the number 11 spot on the list with a Net-worth of US $ 18 million. He earned his wealth from singing, music production and acting. He was inducted in the Rock and Roll Hall of Fame and acted in the very popular film ‘The Harder they Come’. In 2003 he was awarded by the Government of Jamaica with the Order of Merit, for his contribution to Jamaican music and films, which is the highest honour and he is the only living Jamaican who ever received the award.

He recorded, Black Magic, Reggae Night, Journey of a Lifetime and others; he plays the guitar, piano, congo drum and keyboards and supply vocals for his recordings.
He was born in 1948 in Somerton, Jamaica.

12. Joseph John Issa holds the 12th spot on the list and has a Net-worth of US $ 15 million. He plays an integral role in the ownership of the Super Club chain of hotels that is owned by his father. He owns the many Cool Oasis fuel stations across the island in 1994 he started investing in that business. His portfolio has grown, and he has become a multi-million-dollar entity. He funded the educate the children fund in 1987. 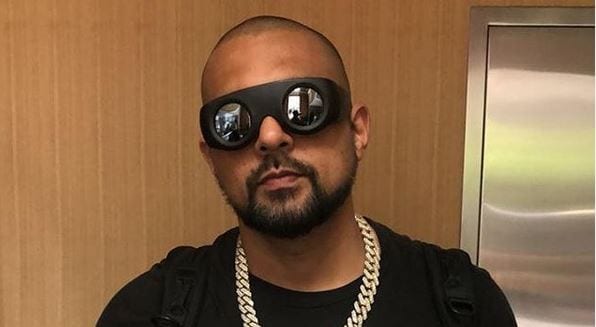 13. Sean Paul whose given name is Ryan Francis Henriques OD holds the 13th spot on the list and has a Net-worth of US $ 12 million. In 1999 he made waves in America, and later released his mega hit song “Jus Gimmi de Light”. He has been a big superstar ever since he attracted international attention. He has released many other hit songs that has entered charts. He has released 6 solo studio albums and won a Grammy award in 2004.
He made several hit singles in Jamaica before he became an international superstar. His latest single is, “When it Come to You” it was released in 2019.

14. David Nesta Marley who is also known as Ziggy Marley holds the number 14 spot on the list and has a Net-worth of US $ 10 million. He is the eldest son for Rita and Bob Marley, and he was born in Kingston, Jamaica in October 1968. He produced “Children Playing in the Streets” with his father and his siblings and became the Melody Makers. They played at their father’s funeral in 1981. The group won 3 Grammy awards. He did 10 studio albums after that and charted in 10 countries. He has won many Grammy awards.

His Album “Love is my Religion” was another hit that won a Grammy for Best Reggae album and made him more popular. He also did an album that won the Grammy award for Best musical album for children. 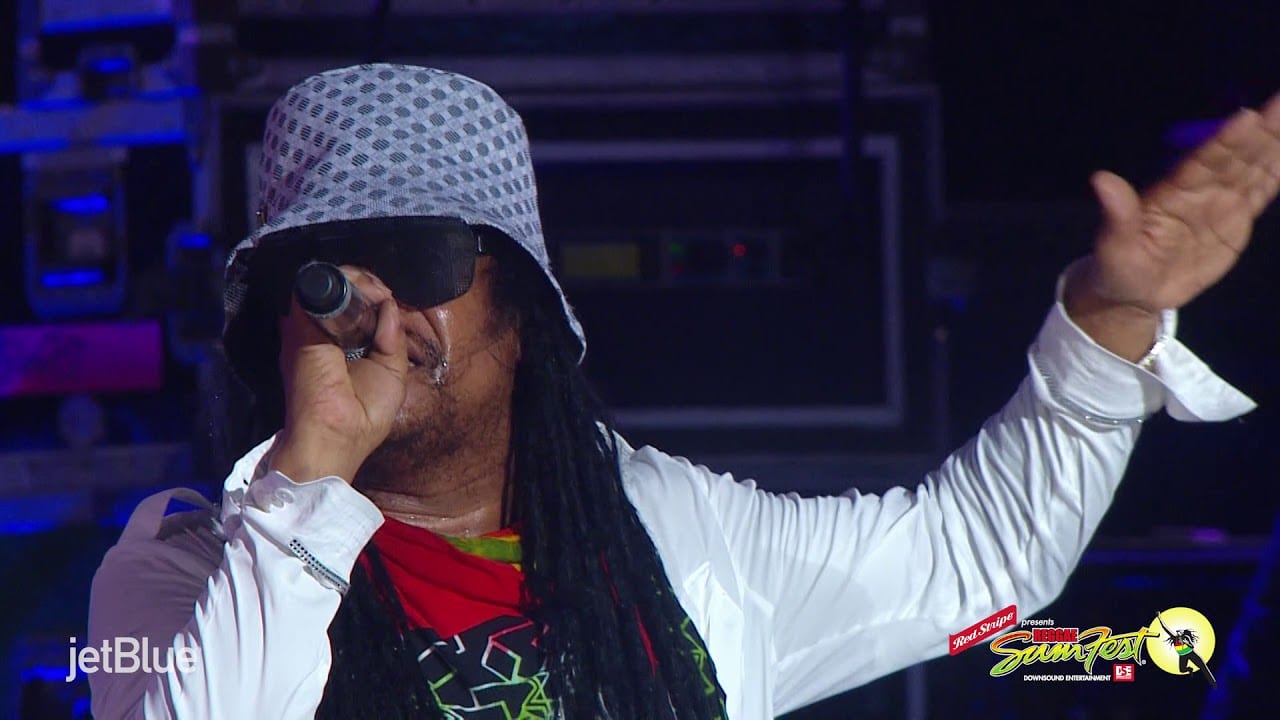 15. Maxi Priest holds the 15th spot on the list and has a Net-worth of US $ 10 million. He was born in June 1961, in England to Jamaican parents who moved to live in London. He has enjoyed a long career as a hit producer. His singles have topped many charts and he has been putting out music for many years between 1985 and 2014. His single “Close to You” became a number 1 hit on the Billboard Hot 100 Chart, no.2 on the US R&B Chart and no. 2 in New Zealand, Sweden and Norway. He is the most successful Reggae fusion artiste of all time. 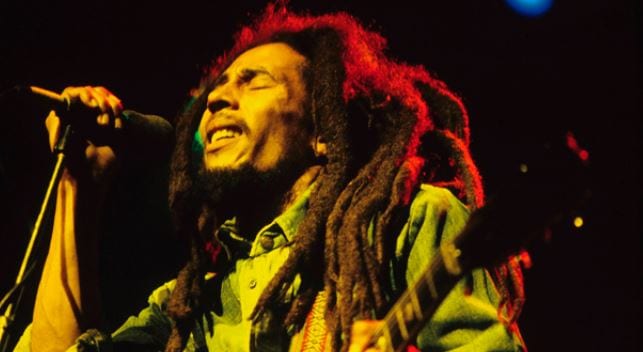 If Bob Marley was alive he would have been the 3rd Wealthiest Living Jamaican with a net worth of US $130 million.