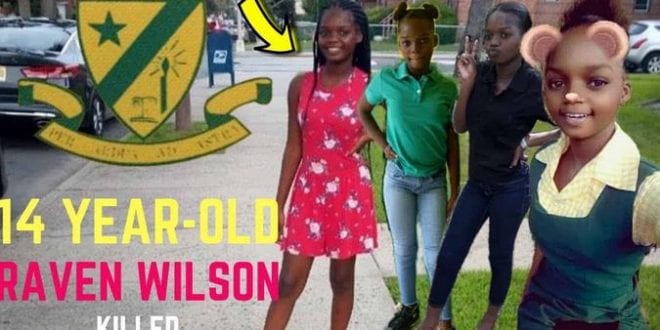 Three Men in Custody Being Questioned about Raven Wilson’s Murder

sharetweetWhatsapp
PinterestRedditStumbleuponTumblr
[Sharingbuttons]Police in St Ann has reported that they have been questioning three men who are incarcerated, they are suspects connected to the murder of 14-year-old Raven Wilson. She was murdered in the Top Hill community recently.

Due to tension in the community since the murder happened, the police have not released the names of the suspects. They want to be sure that they have the right person first.

The Jamaica Constabulary Force JCF wrote a post on their twitter page about the 3 suspects who were picked up on Wednesday on Market Street in the town.

Her body was found by residents and her throat was slashed and her school bag was retrieved from a premises in Top Hill on Tuesday.

Raven was a student at the Ocho Rios High School and her death has caused a lot of sadness and fear to take over the persons who knew her. The people are desperate for the killer to be found and removed from the community.