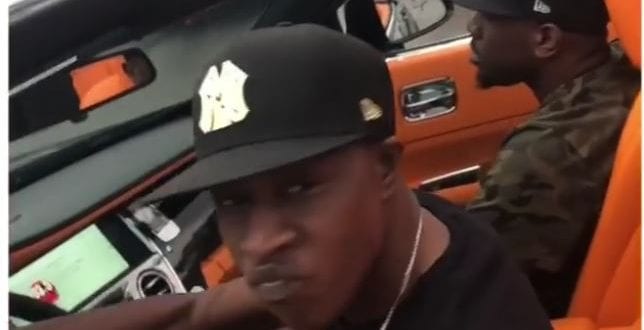 Tony Matterhorn the Popular dancehall selector is excited after he successfully hosted a series of virtual parties on his Instagram live feed over the weekend.

The Selector who is quarantined in his home in Florida, said close to 10,000 persons were in his session last Sunday alone, and more than 30,000 were locked in throughout the three-nights. Stylo G,Afro B, Hood Celebrityy, and Gramps Morgan were among the celebrity guests who joined in.

He gained about 4,600 followers and more followers are being added daily, “this kinda growth is only seen when some controversy or drama is created,” he said. It was refreshing to see people tuning in for something positive.

People tuned in from all over the world, as they wanted to experience some good music and enjoy some good vibes.

He was glad he could provide that in times like these. “This thing brings people together and they are all thankful to be alive.” he added.

Due to a ban on public gatherings in Jamaica, not more than 20 people are allowed to meet, virtual dance sessions have become the new way to party.

The Selector said, that this is an exact replica of an actual street dance, and that he has added call-ins to facilitate the women who just want to ‘bruk out’.

Matterhorn told the Jamaica Star that “We nuh new to this, enuh, because memba before Instagram did even get hot, we used to host ‘After Dark’ and that show was one of the hottest shows on the Internet.”, “Me understand from long time how this thing work and so me have everything set up for my sessions. Me pin all me cash app account and people a send me money pull-up, US$5, $10, $20 money pull-up. It really was about making it as real as possible and me nah tell no lie, di people dem come out.”

Watch Matterhorn in action below…