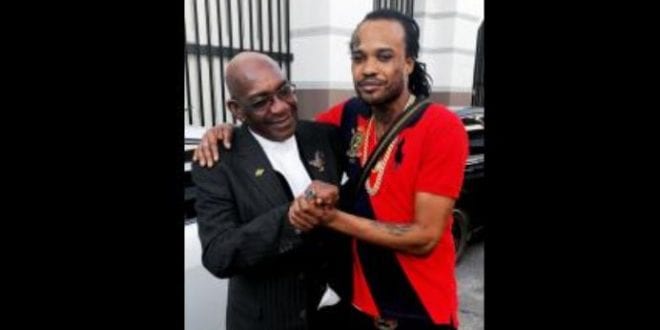 Mobay dancehall deejay Tommy Lee Sparta and his legal team are gearing up to file an expected #20 million lawsuit against the Government in hope to regain money lost from cancelled shows and numerous retainers which prevented him from conducting business as he did before the arrest and charge.
[Sharingbuttons]

A couple days ago Tommy Lee’s head lawyer Ernest Smith said, “It is our intention to file action against the Attorney General’s Department with regard to numerous retainers given to him, which he had to return because when the police got information that he was billed for a particular show, his name had to be scratched,”

Both O’Brian Smith, 22, and Tommy Lee, whose real name is Leroy Russell, were charged in 2014, after investigations stemming from a traffic stop led police to a Kingston 5 apartment, where lottery scam paraphernalia were reportedly found however Tommy Lee and O’Brian Smith, were found not guilty of lottery-scamming charges in the Home Circuit Court last Thursday.

“My daughters Nesta Clair and Marsha Smith, attorneys-at-law – are doing the necessary research to file such an action,” said Ernest Smith