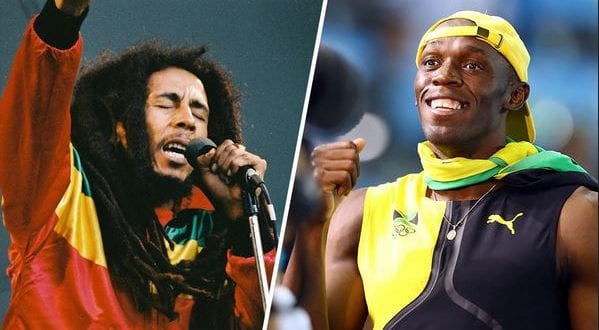 There are famous Jamaican athletes, musicians and other Jamaicans who are famous all over the world for other reasons. Let’s face it Jamaica has the biggest impact on the world, compared to other countries in the Caribbean and elsewhere. The only island to produce the world’s fastest man and the most popular music in the world.

9. Shelly Ann Fraser-Pryce is a top Jamaican athlete who was born in 1987 and became the first woman from the Caribbean Region to win the 100 m race in the Olympics in 2008 in China. She success fully defended her title in both the Olympics and the World Championships for successive years and recently won Gold at the World Championships for the first time since she had her son Zion.

8. Shaggy whose given name is Orville Richard Burrell was born in 1968, is a Jamaican American Reggae singer who has done many hit songs and won many awards over the years. He is highly appreciated in Jamaica because of a project he has been working on at the Bustamante Hospital in Kingston. He has been organizing events and raising funds for the refurbishing and upgrading of the hospital, through his “Shaggy Make a Difference” Foundation. In 2012 he raised $370US for the hospital.

7. David Ziggy Marley has won many Grammy awards for his music he is the oldest son of the Reggae Icon Bob Marley. He has been providing aid to children over the years. Has a record label known as “The Ghetto Youths Crew.”
6. Louise Bennet Coverley became famous as a poet and writer who use the Jamaican dialect in her work and made it easier for Jamaicans to be proud of who they are. She has won many awards throughout the years.

5. Harry Belafonte was born in 1927 of Jamaican parents in New York, and became a civil rights activist, he was responsible for the “We are the World” song that featured Michael Jackson and many other famous artistes. He was a Goodwill Ambassador and worked with Martin Luther King.

4. Marcus Mosiah Garvey a Jamaican hero who was a civil rights activist and a strong supporter of Pan Africanism and Garveyism. He launched the Black Star Line Shipping Company with an intention to encourage trade between Africans all over the world. He is now embraced as a profit by the Rastafarians. He worked very hard as he wanted to see the economic empowerment of Africans.

3. Jimmy Cliff is a very talented recording artiste and actor. He was recently awarded the Order of Merit and he is recognized as a person who helped to spread Reggae music all over the globe. His most famous film “The Harder They Come” won multiple awards.

2. Bob Marley whose given name was Robert Nesta Marley, was born in 1941 was also responsible for spreading Reggae music and the Rastafarian Religion all over the world. He was seen by many as a freedom fighter with a guitar.

1. Usain St. Leo Bolt is known as the fastest man in the world. He now hold 6 gold medals and he was the highest paid sprinter in the world before he retired. He broke many world records and he is the only sprinter to have 6 Gold medals for winning the 100m and 200m races the most times. He also won another Gold medal when he was a part of a relay team.