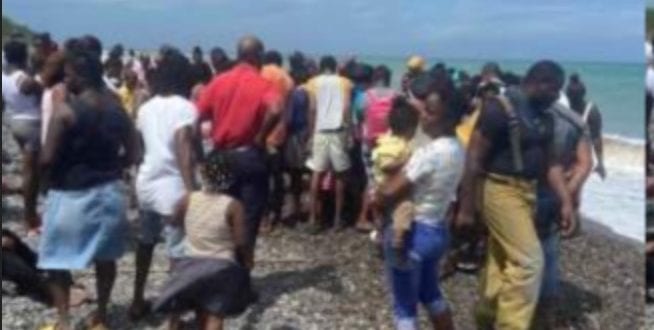 Share
[Sharingbuttons] There was a tragic end to the search for a missing child in St. Mary yesterday, as her body was found at sea by members of the Jamaica Defence Force (JDF) Coast Guards.

Kimona Whyte the missing 8-year-old was washed away in the afternoon as she tried to cross a river in Epsom, St. Mary.

Her body was later found floating in the Annotto Bay area in the sea.

The St Mary Member of Parliament, Mr. Norman Dunn was present when the search took place and he said it was sad for the people in the area and the family as well.

Kimona’s mother, Kimesha Stewart was devastated when she heard the news about her daughter’s passing.

Reports are that it was raining and the 8yo was feeling sick while at school, she was given an umbrella and sent home by a teacher.