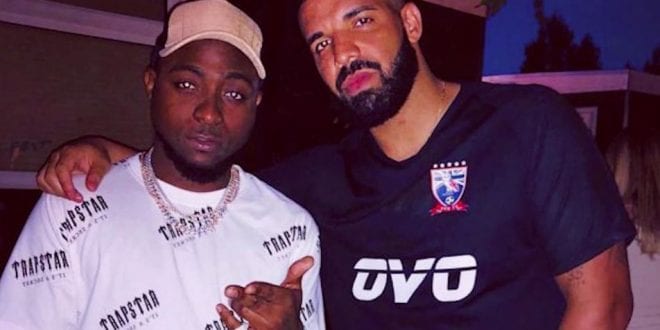 This Saturday Drake and Davido the international acts could be set to perform at Popcaan’s Unruly Fest at the Goodyear Oval in St. Thomas.

Sources that are well-placed reported that the 2 Superstars will be at the event; but the organizers have been tight lipped, they won’t confirm the news.

Popcaan is trying to maintain the element of surprise and he won’t say who the international acts will be. The event producer said there would be 3 international stars at the event, but they are not saying much more. They want patrons to find out when they show up on Saturday night.

Last year Popcaan was announced as a member of Drake’s OVO Sound record label at the show, after he flew in both Tory Lanez and the Canadian rapper for the show.

Davido has been working closely with Popcaan throughout 2019 and Drake has also collaborated with him in the past.

Popcaan has entertained the Nigerian star in Jamaica before, they teamed up for the 2017 single “My Story” they shot the music video and worked on other projects, such as Popcaan’s “Dun Rich” early this year. They also worked on ‘Risky’, two months ago, it is featured on ‘A Good Time’ album done by Davido.

It is a wild game for the fans and social media is buzzing. They expect Drake to return as they know he is working with Popcaan, and they know his performance was good before.

Unruly Fest organizers posted a silhouette of two international acts, indicating that they will be joining the already good line up that will perform at the show.