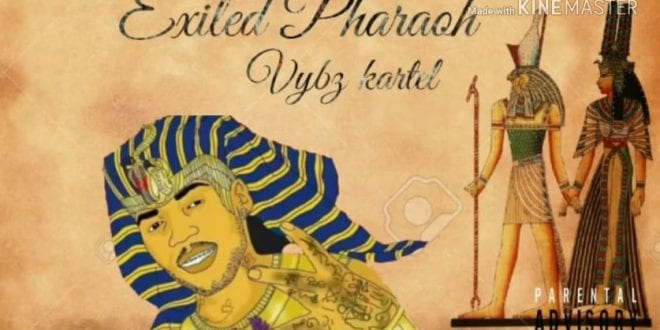 sharetweetWhatsapp
PinterestRedditStumbleuponTumblr
[Sharingbuttons] Vybz Kartel has been promoting the name “Exiled Pharoah” for several months now. The artiste had written the title on his Instagram page and said new music would be coming out soon.

There seems to be an album coming as he has not changed his work ethic, and it is being said that Vybz Kartel is saying that he is the ruler of the dancehall who has been locked away.

He could also be saying, he is getting ready to pass on his power to another artiste as a Pharoah or King who rules.
The entertainer had started posting ancient Egyptian information on his Instagram page and now the meaning of the words he posted are coming out.

Just after the appeal it was said Kartel would not want to cause any controversy by putting out new music, because the judges are talking about his case now. Apparently, things have changed and there is am album on the way. There is a lot of things to be learned from the name of the album.

The fans who were waiting for new music have started commenting on the single already.