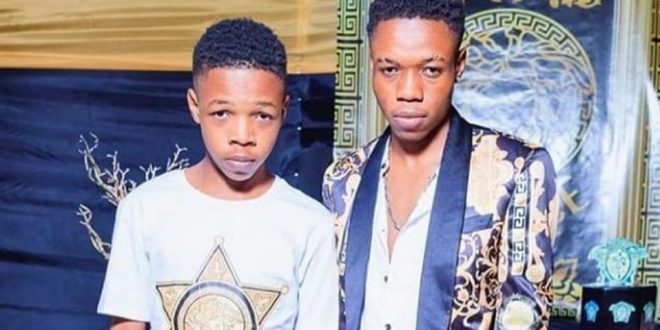 Vybz Kartel Says His “Youths” are His Focus Right Now

Amidst several ongoing controversies, veteran Dancehall artist, Vybz Kartel has made it clear where he is directing his concentration at this point in time. In recent days we have heard more stories of Kartel’s feuds than before.

His name is being called in a song by artiste Don Mafia who stated that Beenie had to run to him when D’angel, ex-wife, and mother of the “Sim Simma” artist slept with Vybz Kartel, females who have been and are still associated with his well-acknowledged Gaza camp have been feuding, He has been accused of taking away young artist Intence’s girlfriend and much more.

All of this while being incarcerated on a life sentence he got from a murder conviction he is actively making efforts to overturn.

In a recent Instagram post on the page dedicated to the promotion of the artiste music a post was made with a picture of his two sons “Likkle Addi” and “Likkle Vybz” who also happen to be artistes just like their father.

Vybz Kartel is currently working on his case as well as it has been approved to be taken to the privy council where a final decision of whether the artist walks free or not will be made.