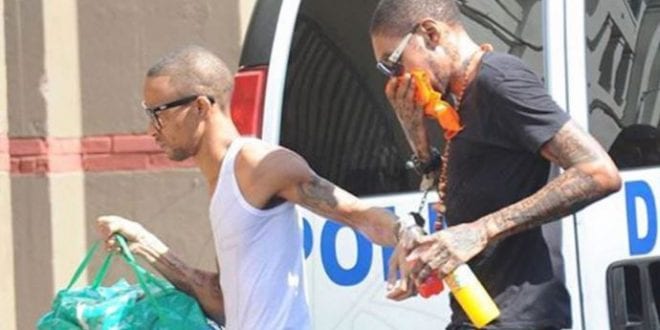 sharetweetWhatsapp
PinterestRedditStumbleuponTumblr
[Sharingbuttons]After getting 25years in prison back in 2014 VYBZ Kartel’s co-accused “Kahri Jones” is now looking at additional years after he was found Guilty of the following charges in relation to another crime committed, He was found guilty of wounding with intent, illegal possession of a firearm and also illegal possession of ammunition, Jones appeared in the Gun Court in Kingston on friday.

These charges were in relation to the shooting of Chevallo Rodney in Portmore back in 2009.

The sentencing for these additional charges will be handed down on February 22nd, 2019. Kahri’s Lawyer said an appeal will be made after sentencing is made.