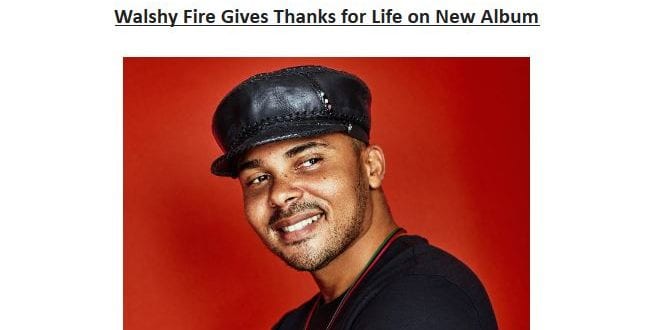 Anticipation is high for the release of Jamaican-American DJ Walshy Fire’s newest album, which will be a collaboration with California-based Reggae Rock band, The Expanders. Titled Walshy Fire & The Expanders Present Thanks For Life, the album will be released worldwide this Friday(today). It is the type of work that offers an intriguing listening experience and a feel good reggae vibes.

The DJ, who is a member of the popular Major Lazer trio alongside Jillionaire and Diplo, has no set expectations for the project but knows it will be well received.

“The right people will find the right music – great energy and positive music,” he said. Randy Valentine, Cocoa Tea, Jaden Chase and Sean Taylor are just a few of the artistes who contribute their unique sounds to the effort, which will feature 13 tracks.

“Some of the artistes, people will know, some they won’t know but they are all talented. Everybody contributed a unique art piece,” he elaborated. 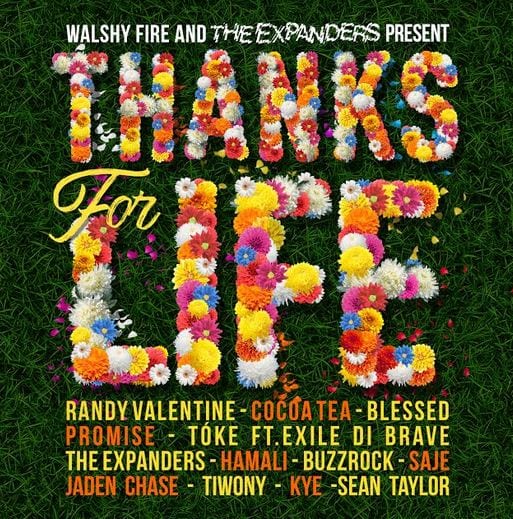 What makes the effort great is the fact that the DJ has a positive connection with all the contributing artistes, creating an album filled with “good Reggae vibes and positive music.” This is not the first time he has worked with The Expanders, as they previously collaborated on the Top Shelf Riddim, a 2018 release which featured artistes such as Queen Omega, Toke and Fyakin.

“I actually met [group member] John at an event and Iiked him, I really love his music and we became friends. Everyone on this project is a good friend of mine, we have the same progressive mission of bringing positive messages to the world,” he further stated.

Follow up projects are already in the works for Walshy Fire, to include Abeng, which will have an Afrobeat and Caribbean flare.

Walshy Fire & The Expanders Present Thanks For Life will be distributed and available for purchase through Zojak World Wide.

Purchase the album now by clicking on the link: smarturl.it/ThanksForLife