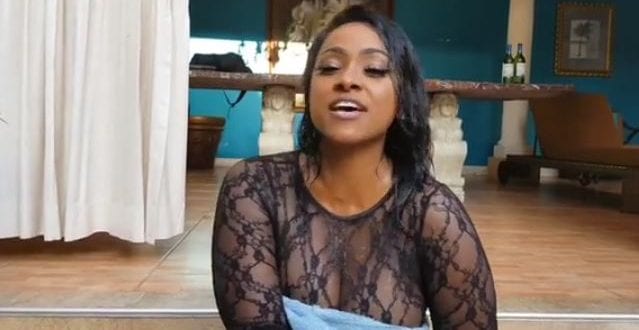 We heard the last of Yanique Curvy Diva and Marlon Samuels Gossip in this interview?

77
SHARES
sharetweetWhatsapp
PinterestRedditStumbleuponTumblr
[Sharingbuttons]Yanique Curvy Diva seems to be one of the most talked about woman in Jamaica at this time. There is talk about her relationship with Cricketer Marlon Samuels, her appearance on Magnum Kings, Queens of Dancehall, hearing her on the radio and in other places.

Recently there has been a lot of talk about her relationship with Marlon Samuels and she has finally said a few things about the situation. It is now clear that Yanique is enjoying life after she was in an abusive relationship for many years and Marlon was a friend to her when she left that relationship. He encouraged her as she went through the transition from being with someone to being single and they went on a few dates, but after a while, she found out that he was saying things she didn’t like hearing. She is not quite sure that the abusive situation she was in before is causing her to be too sensitive or her new relationship with Marlon was getting abusive as well.

However, she will be having her Birthday party and having fun as she likes being independent and she has no problem with being single. She thinks it is good for her to give herself some time to think about her life and make plans for her future as she takes care of her daughter.

She says she has no problem with I-Shawna as she thinks she is a talented artiste, but she won’t be getting into arguments about a man with any woman since it is possible for the man to be moving on with his life with another woman out there and she doesn’t want to look stupid because it wouldn’t be good for her career and more.

For Yanique dating a poor man is stressful, as these men don’t want women to pay for many things even if he can’t afford to pay for anything. This causes problems in the relationship, but when she is with a rich man these problems don’t exist.

Yanique is still vivacious, curvy and enthusiastic about life and her career; she is happy about where she is in life right now as she is even starting to write songs as she is adventurous and always willing to try new things.

She is a single mother who is going somewhere at just 30 years of age, she balances her career and motherhood very well even though she is in the Jamaican spotlight.

She confesses that her curves are not totally natural, but she likes to look sexy at all times and she won’t be apologizing for that. She loves making people happy, so entertainment is something that comes naturally for her.