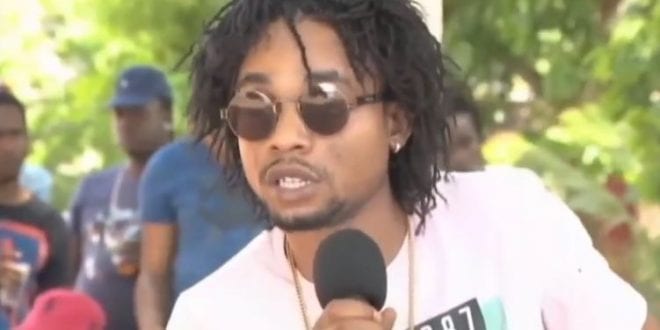 For many years the so called country artistes have struggled to get much needed acceptance and resources required to ascend to the upper echelon of the music industry. However in recent times this has changed considerably as with the rise of artistes such as the diamond selling Charly Black, Grammy nominated Jah Cure, Tommylee Sparta, Ryging King, Teejay, Rhyme Minista and now Ricky Teetz for the first time in dancehall history a cluster of artistes from western Jamaica are dominating the local and international dancehall space. But according to fast rising Montego Bay based artiste Ricky Teetz he is not surprised by this change.

“The fans were thirsty for a change and we actually always had an abundance of talent down this side however the structure and unity was lacking. The moment we got a look in we took full advantage and the fans were impressed so now the table has turned, the western sound and style is trending”. Ricky Teetz stated.

Ricky Teetz is the latest to buss out of the pack following the earlier rise of many of his counterparts and this has brought about a spirited debate as to whether or not this a fad or a paradigm shift in local music. According to publicist Karl Durrant who has been promoting many western based artistes for a number years this change never happened by chance and says social media has played a major part in bringing about this revolution.

“When I started promoting a few artistes from Montego Bay and its environs I often found it quite difficult to get secure priority placement for these acts who at the time in comparison to many of their Kingston based counterparts were getting more bookings, more views and arguably doing better music. However the increased relevance of social media and the fact that most of the major shows are held in Western Jamaica opened the doors for many of these talents who continue to show their worth” Durrant stated.

Since the start of the year the industry has ascended the likes of Ryging King, Teejay and has seen the resurgence of Tommylee Sparta and with Ricky Teetz now trending and set to make his mark in dancehall it would appear that like Reggae Sumfest, dancehall music is now western based.