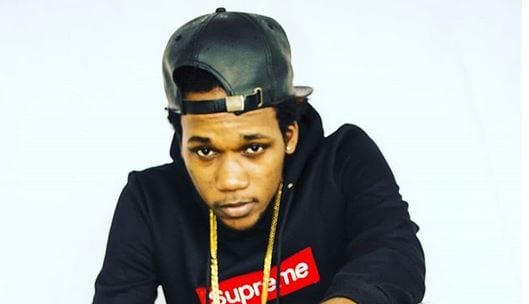 Share
Dancehall sensation J-Rile has many reasons to smile of late as he is already creating “Euphoria “in the music industry. The LSMG recording artiste has been getting countless requests from top flight local and international producers but it is the Supa Hype Produced single Euphoria that has music pundits excited. But according to J-Rile that song is just the tip of the iceberg.

“Being an artiste is a lifestyle not a job at least that is how I see it so as such I write four to five songs daily and I believe in time the world will see and hear what I have to offer. Euphoria is for the ladies and a potential summer banger however I have songs for various seasons and reasons”. J-Rile stated confidently.

J-Rile was born Daniel Comrie, June 16, 1993 and grew up in Oracabessa, St. Mary. His interest in music started from a young age and grew up singing in the church. He eventually got the attention of his current label and which signed him based on his vocal proficiency and writing skills.

“J- Rile is a legend in the making. It is like we found a diamond and we shaping it to perfection. The world will be wowed. Stated Dougie of LSMG.

His assertions are corroborated by J-Rile publicist Karl Durrant who is known to have established many artistes of the years.

“ J-Rile is an exceptional talent, his versatility and how well he manipulates melodies drew me to his music from the first time I was introduced by a fellow music industry player and based on the fact that several major producers are already recording him it is clear that there is definitely something special present. Durrant stated.