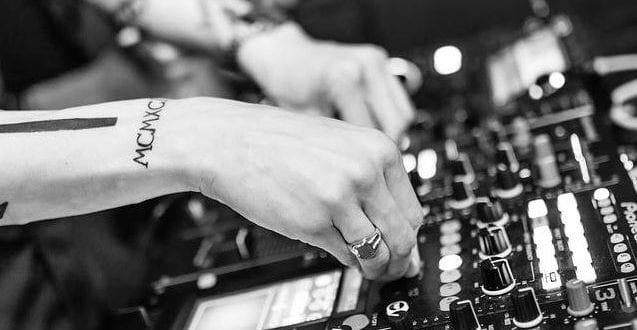 With the world becoming more liberal every second than it was in the previous one, diversity has come hand in hand. Today, the West looks eagerly to the rest of the world for inspiration and entertainment. Among all cultures, the Japanese have had a significant impact on entertainment, pop culture and ways of thinking in the West, bringing about immense positives. The industry of animated entertainment from the Land of the Rising Sun, lovingly called “anime” by the rest of the world, has produced countless masterpieces, and names like Akira Kurosawa and Studio Ghibli call a lot of the shots. In this article, we will explore how the path breaking animated movie “Akira” changed the electronic music industry forever.

Probably one of the greatest musicians to ever grace the planet, and rightfully called the King of Pop, Michael Jackson, the singer, composer and dancer was influenced by Akira. Michael Jackson is the most famous for songs like Thriller and Beat It, the iconic Moonwalk dance sequence, and the whole world mourned the tragedy of his untimely death at the relatively young age of 50. In a music video for a song called “Scream”, featuring another equally famous and talented musician (Janet Jackson), Michael Jackson shows evidence of being heavily inspired by Akira. Indeed, he goes far enough to actually include an important character of Akira free falling with gravity in the background of his visuals to the song. Want to know what anime music videos is all about? Check out Anime Whiz.

This is the next singer and entry on this list of charismatic folks, and the one that was alluded to in the previous point. It would certainly be wrong to brand Ms. Jackson as only a singer. She is also a dancer and composer, sister to the famous Michael Jackson, and a powerful icon of feminist and ethnic minority empowerment on her own. Therefore, Akira significantly changes the history of electronic music forever when it influenced Janet in the same breath as it did for her brother. She collaborated on Michael’s video which showed Akira’s character plummeting downwards in the background.

If a media powerhouse ever existed in the 21st century’s world of music, it could be no person other than this guy. This man has been highly vocal about issues that have touched his life, and has consistently produced chart topping music, which is no mean feat in today’s world of constantly fluctuating tastes. In the music video to his hit song Stronger, Kanye West admits to having derived heavy ideas and influences from Akira. Also, he has admitted to one of the fans of the anime – it being one of his only two favourite animations.

Do you know who this absolute living wonder of a man is? Well, here is some trivia for you: he is one of the oldest and most experienced directors out there, a real powerhouse in that line of work. And, here is the shocker: coincidentally, he is also the director of a certain Kanye West’s Stronger music video. Yep, you got it right. The one that was influenced by Akira. Hype worked extensively and with attention to detail with Kanye for making the video the way it is, and it was meant to be a homage and elegy of love from the start, to Akira. Thankfully, the video reached out to Kanye’s fans who are fans of Akira as well, and ended up serving as a double whammy of achieving intended results.

You understand something is great if it stands the test of time, simple as that. If a work of art or slice of culture has been liked by generations of audiences, that is when it should be remembered as a good one. And, Akira clearly has done that. Because it has kept the magic of itself alive in people’s hearts by producing countless samples of electronic music all over the world that are modelled on it. Be it the soundtrack for a commercial or TV drama, be it an independent album of a musician by musical instruments, or a plain electronic dance music (EDM) anthem, Akira has been there and influenced that, successfully altering the electronic music industry forever.

If you are feeling an explorative zeal this weekend, and want to have the best of the cultures of several regions, or if you are in the mood for electronic music- look no further than Akira, which has affected both the above criteria with ease. To find out how and why, read the article and smile.