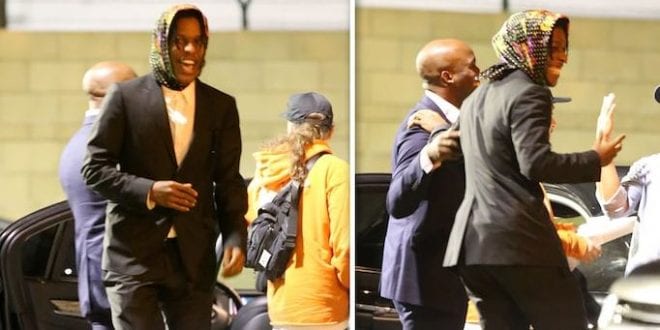 Rapper A$AP Rocky who was recently locked up in Sweden over a street fight got released yesterday and was back in the USA last night. Earlier President Trump Tweeted urging the Swedish Government to Release A$AP Rocky.

A$AP Rocky was arrested on June 30th after being involved in a street fight days before. A$AP Rocky’s trial is set for August 15th, he could spend up to 2 years in prison if found guilty even though this seems unlikely now that he has left the Country.

A$AP Rocky and two others were arrested for the incident, all 3 persons touched down in California last night.