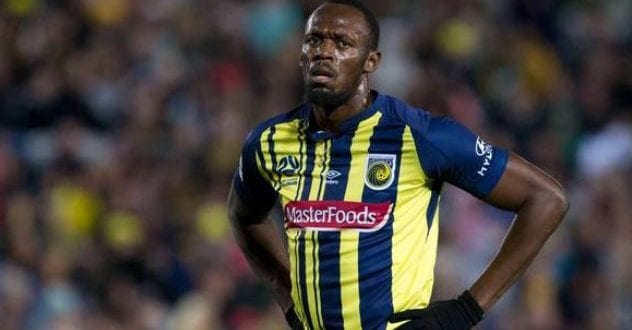 Australian Player tells Bolt that “In the football world, you’re nobody”

sharetweetWhatsapp
PinterestRedditStumbleuponTumblr
[Sharingbuttons]Reports coming out of Australia is that a Former national player and current A-league veteran Saša Ognenovski is not pleased with the way that Usain Bolt handled the situation at Central Coast Mariners. Usain is rumoured to have turn down a basic 2 year contract from Central Coast Mariners that would have paid him an estimated US$2.93m million based on Football Federation Australia (FFA) contributing A$750,000 (US$530,838) and other sponsors.

Currently Bold and Central Coast Mariners who he scored twice for so far are said to be still in negotiations with regards to an improved contract, while on the other hand he may be of the view that he might be picked up buy a bigger club if he waits a little longer, like a European club.

Ognenovski had the following to say about Usain Bolt turning down his first football contract “You don’t come in, having only ever really played the game with your mates, and say, ‘I’m not going to accept this figure because I’m Usain Bolt, In the football world, you’re nobody. My contract with the (Brisbane) Roar was for minimum wage and I’d played football all my life. So who’s Usain Bolt to make demands of the Mariners? If they were looking to sign a sprinter up, then he could demand what he likes. But that’s not the case,”.

Bolt who’s now 32 was also told “It’s like me rocking up to an AFL club and saying, ‘hey listen, I’m not really good at your game and won’t add anything different to what you have, but I want half-a-million bucks’.” a seemingly passionate Ognenovski added.