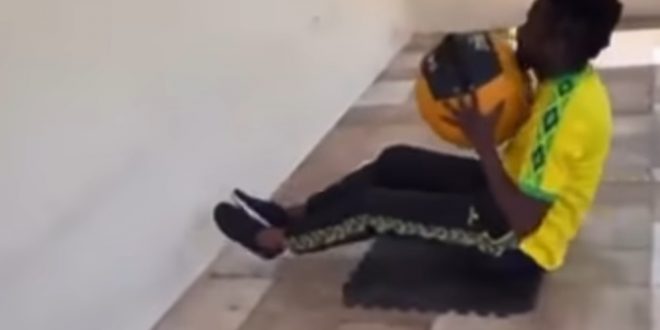 After the much-anticipated clash between dancehall veterans Bounty Killer and Beenie Man on Saturday, one of the most popular memes was about the size of Beenie Man’s belly.

Though the doctor has been working out in recent times, fans are now claiming that he is focusing on the belly, hence the workout.

One persons stated “Beenie Man got bad belly😂 too much jerk food too much fried food too much oily food them Mandem looking to get diabetes heart attack high cholesterol blood pressure and stroke” while another said “You have to run beenie that’s how you are going to lose that belly Breda lolust like the clash lol . Big up legend”

When Beenie Man tried to stop from the vigerous work out she asked him “do you want to be that guy”, using the famous line he used on Verzuz.

Watch Beenie in action below.