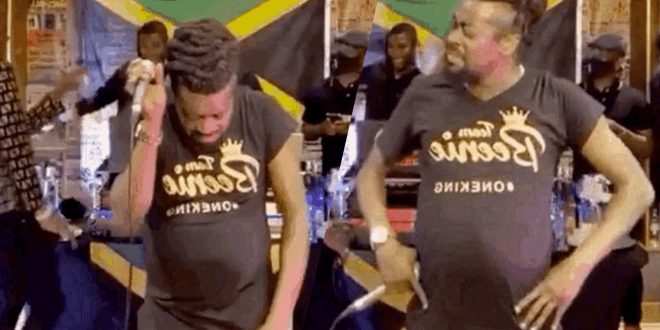 The crowned “king of the Dancehall” has been the center of comedy since the May 23rd versus clash that took place on Instagram.

The artist was made fun of for his belly as it seemed as if he had gained a few pounds.

In a recent Instagram post however Beenie man made a post showing his belly and letting his fans know that he had lost 13 inches off his stomach.

The Doctor also captioned the video with hashtags stating his goals.

Beenie man has also made the initiative to get a personal trainer to help him attain his weight loss goals going into his 47th birthday.

He luckily has his wife Krystal Tomlinson who is also helping him towards a state of not being that guy.