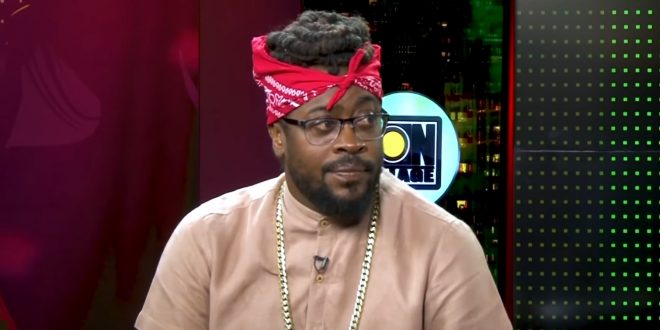 King of the dancehall Beenie Man went on onstageTV to talk to Winford Williams about recent happenings in his personal life and the Verzuz Billboard issue.

According to Beenie Man, “i don’t think they were thinking” highlighting the fact that the people who wrote the article wanted to highlight the USA performers and in their eye, those performers were more significant than the dancehall duo of Bounty and Beenie.

Beenie Man says they try to change the name of the music when Rihanna and Justin Beiber jumped on dancehall riddims “why you want to take away the glory” Beenie Asks. He points out that himself and others are present to defend dancehall music.

Beenie highlights that after the Verzuz clash his music started streaming more, plus his new songs are getting more attention than before “now everything nice… me have more encouragement fi do music” he states.

He also pointed out that his Instagram following went up explaining that many of his longtime fans did not know he was on IG. Bounty Killer in an earlier interview also stated that he got several thousand more followers on Instagram after the clash.

Beenie spoke briefly of a pending world tour between himself and Bounty Killer.

With regards to how big dancehall is around the world, the Doctor explains that “it was a great reminder of who we are in the world”.

Both Winford and Beenie Man agreed that this coronavirus has been doing good for dancehall even though it’s causing devastation around the world.

On his Weight loss, Beenie Man explains that he got a new trainer named “path” who has been helping him to get in shape, he also opens up to being on a diet.

Beenie Man is set to release his next album that’s titled “Simma” on his upcoming birthday on the 22nd of August.

Watch full show which features others below.