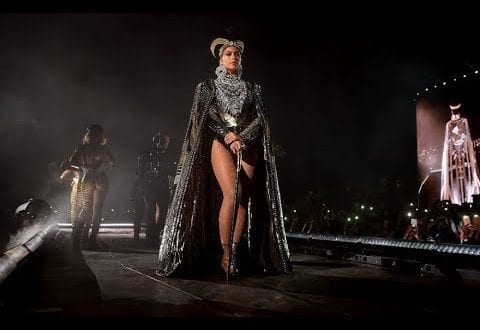 Beyonce Flavored her Performance with Dancehall at Coachella

sharetweetWhatsapp
PinterestRedditStumbleuponTumblr
[Sharingbuttons]After a recent visit to Jamaica Beyonce the history-making Superstar headlined the Coachella Festival and paid homage to Jamaica’s dancehall and Reggae during her set that lasted for 2 hours.

She then sampled one of Mr. Vegas’ songs and then sang her hit “Baby Boy” which she had done with Jamaican Grammy-winning performer Shawn Paul.

The dancehall segment lasted for a little over 3 minutes, and then she added a mix up of Vybz Kartel’s Fever with ‘Baby Boy’, she then went on to sing ‘No No No’ the rendition of Dawn Penn before she sampled Sister Nancies ‘Bam Bam’ at the end of the segment.