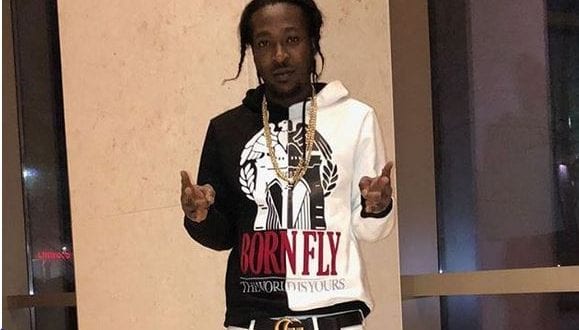 He said that he has been getting a lot of attention since the releasing the songs that were produced by Diamond Empire Music Group, the record label that Blak Ryno is now signed to.
[Sharingbuttons] With the songs doing well in and gaining steam in Jamaica, Canada, Europe, England and the North America, Blak Ryno couldn’t be more happier with the feedback.

“So far, mi happy with the response. Everybody has been telling me that they love the songs, especially in the streets.”

Both singles “Brace pon me” and “Somebody Pinckney” are now available on iTunes. Both singles are being distributed by Johnny Wonder.

Meanwhile, Ryno say’s he is devoted to his musical career,and he is now locked in the studio working on new materials that the hopes will please his fans.

“Blak Ryno never stop work and right now, I have a lot of fans both locally and internationally and a a lot of things in the pipeline. So, just look out in 2019, cause a whole heap a more things to come”