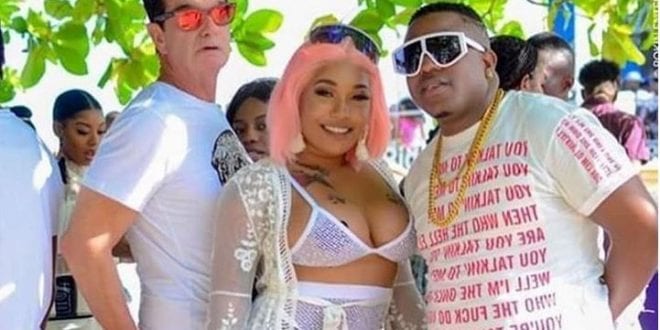 sharetweetWhatsapp
PinterestRedditStumbleuponTumblr
[Sharingbuttons]Rumours have started to circulate because she is frequently seen at Downsound Records and she appears to be at the Downsound Records boss, Joe’s side very often as well.

Persons believe the female entertainer who was with Gully Bop before, will be named as the First Lady at Downsound Entertainment.

Shauna says, ”she has been at Downsound Entertaiment for 14 years and she has helped to promote a lot of artistes such as Jah Cure, Anthony B and Fantan Mojah. She was looking at how she could do her own thing while she learned about the music business.

At the moment, no one knows if Chyn is signed with Downsound Records, but she said she has plans to start her own label “Boss Chick Entertainment” as she is looking forward to assist other artistes with their careers.