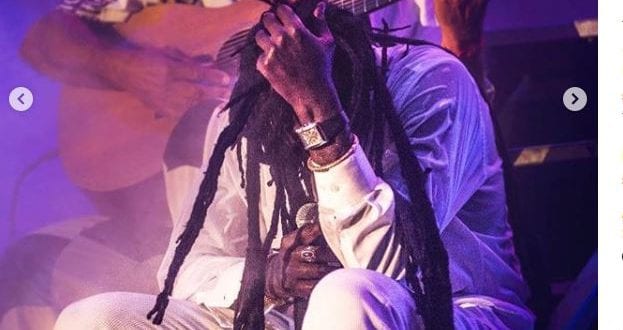 Buju Banton has finally remove himself from one of his greatest hit songs “Boom Bye Bye”, due to ongoing protests over the lyrics of the song overseas.
[Sharingbuttons]

Boom Bye Bye is one such song included in his catalogue, which has stirred much controversy since it was released in 1992. However now Buju had promised to remove it from his Catalogue and no future performance of Boom Bye Bye at events.

Recorded by a then teenage Banton in 1988, the track denounces homosexuals and delineates violence towards them.

The backlash Banton received from the track was almost enough to silence his career as Lesbian, Gay, Bisexual and Transgender (LGBT) rights groups lobbied for his ban at several concerts.

Many believes that this Boom Bye Bye song caused Buju to be targeted and Black Mailed into being involved with drugs, which later seeing him spend a lengthy prison sentence. Buju himself seems to ofd similar believe as he stated “the song has caused much pain to listeners, as well as to my fans, my family and myself. ”

This is what Buju Banton had to say “In recent days there has been a great deal of press coverage about the song ‘Boom Bye Bye’ from my past which I long ago stopped performing and removed from any platform that I control or have influence over”. The Gargamel clearly distances himself from the song.

Buju also went on to state that “I recognize that the song has caused much pain to listeners, as well as to my fans, my family and myself. After all the adversity we’ve been through I am determined to put this song in the past and continue moving forward as an artist and as a man.”. Buju seemingly has come to terms that this song currently is doing mre bad for his career than good.

in closing Buju Banton said “I affirm once and for all that everyone has the right to live as they so choose,” the singer continues. “In the words of the great Dennis Brown, ‘Love and hate can never be friends.’ I welcome everyone to my shows in a spirit of peace and love. Please come join me in that same spirit.”