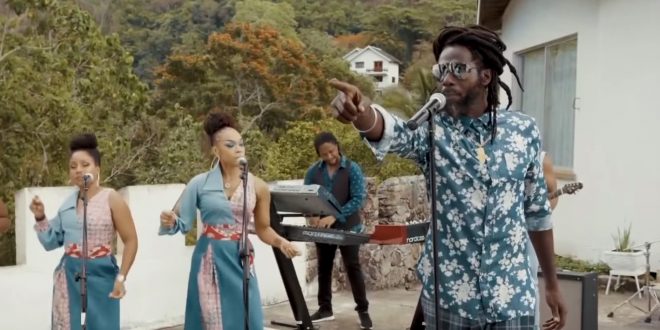 Buju Banton Performs “The World is Changing” for the Tonight Show, See Video

Reggae dancehall superstar Buju Banton is the latest Jamaican to grace the prestigious stage of Jimmy fallon ‘Late Night’ show which has over 25 million subscribers on youtube. Usually, the performances are done in the USA for the show, however, given the times we are in plus Buju’s US travel issues the Gargamel had to perform for the mostly American audience show from the countryside of Jamaica.

Buju was accompanied by a live band. After his performance was posted online, Buju took to his Instagram and wrote: “Thank you @fallontonight 🙏🏿”.

The song titled “The World is Changing” is featured on Buju’s latest album called Upside Down. In the song, Buju sings about the many evil happenings in the world currently after which he highlighted that “Someone would of to pay”.

Watch the performance for his eye opening song below.