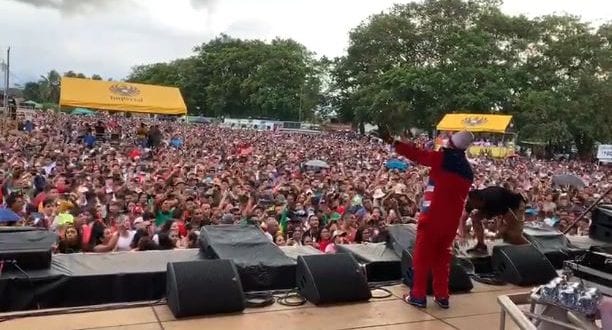 Days after completing his sold-out American tour, reggae superstar Capleton flew into Costa Rica where thousands of his fans turned out in the rain to see him perform.

Capleton performed many of his old classic reggae and dancehall songs as well as his newer hits. Capleton had the audience in Costa Rica jumping and screaming for his energetic performance.

Capleton had just finished a sold out tour of several cities in America.

While there he even had a new artist from his camp named Ffurious open up for him on several nights. Ffurious is now on the Billboard charts with his single Set Suh from the album Tropical House Cruises to Jamaica Reloaded.