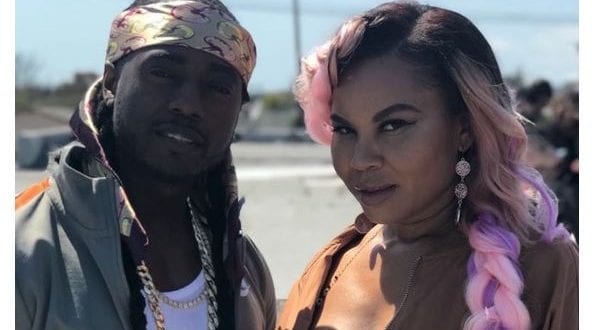 sharetweetWhatsapp
PinterestDiggLinkedinRedditStumbleuponTumblr
Share
With such distinction as her first album featured as the first dancehall album featured in German Playboy, to featured on Sean Paul’s multi platinum grammy winning album, multi-talented recording artist Ce’Cile has cemented her name in dancehall history. Thus a collaboration with singly Kiprich, the multi-award winner who has collaborated and charted billboard with a collaboration by Grammy nominee Elephant Man, seems befitting for a sizzling summer it song contender.

Produce by The Champ & Natural Bridge Records (Rice and Peas Riddim), “Come Back Tomorrow” delivers a classic throw back sound mixed with modern dancehall samples and groves. Catchy lyrics and an infectious beat, the track conveys a euphoric feeling that will have the club jumping and your radio blarring!

While the single is now available worldwide on all major digital outlets at https://naturalbridgerecords.fanlink.to/ComeBackTomorrow, “Come Back Tomorrow” has delivered a viral video filmed by popular coveted Dancehall Queen Leona from Chile, South America, and the official video just has been completed in Los Angeles with Ce’Cile and Kiprich. (will be available soon)”

With their motto “TRUST THE PROCESS AND BELIEVE THE GROWTH”, Natural Bridge Records teamed up with KRIBBEAN the digital startup from Martinique to level up online promotion. Thanks to their dynamic online presence and creativity. Already MPR’s consulting partner, KRIBBEAN carved its niche through the management of social networks for celebrities, and a popular mobile app on iPhone downloaded around the world. “Come Back Tomorrow” is their first project with Natural Bridge Records and Mark Pinnock.